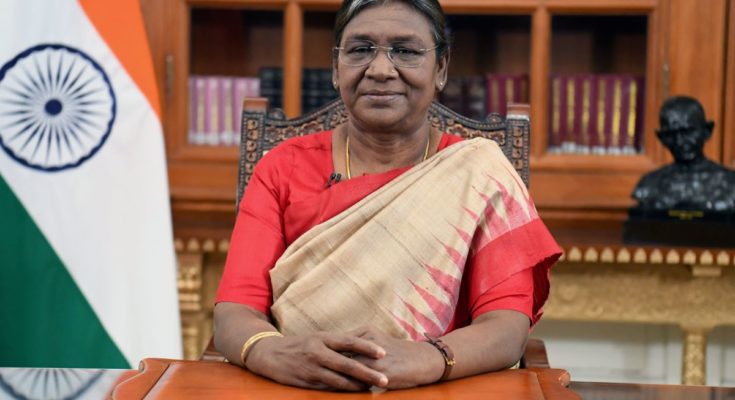 National Voters Day: The President of India, Smt Droupadi Murmu, graced and addressed the 13th National Voters’ Day Celebrations in New Delhi today (January 25, 2023). On the occasion, the President presented the National Awards for the year 2022 to State and District level officers for their outstanding performance in the conduct of elections during 2022. National Awards were also presented to important stakeholders like government media and communication organizations and other departments for their valuable contribution towards voters’ awareness.

Addressing the gathering, the President said that the members of the Constituent Assembly expressed immense faith in the wisdom of citizens and made the provision of election on the basis of adult franchise. The people of India have made their belief true. India’s democracy is respected as the world’s largest, vibrant and stable democracy.

The President said that social revolution has been possible in our country during the past seven decades through the election process. It is a great success of our democracy that the common voter living in remote areas feels that he/she has a major role in deciding who would and how they would govern the country or state. She said that our democracy is continuously moving forward towards achieving the objectives of social, economic and political justice enshrined in the Constitution. She expressed confidence that with the combined efforts of the Election Commission and all other participants, our democracy would become stronger.

The President said that it is a great achievement of our election process and our democracy that the active participation of women in the democratic process is continuously increasing. In the 2019 general election, the number of female voters was slightly higher than that of males. Also noteworthy is the fact that for the first time in the history of our Parliament, both the Houses together, the number of women parliamentarians has crossed the hundred marks. From Gram Panchayat to Parliament, women are contributing significantly. Their participation and numbers should increase further.

Since 2011, National Voters’ Day has been celebrated on January 25 every year, all across the country to mark the foundation day of the Election Commission of India, 25th January 1950. The main purpose of this celebration is to create electoral awareness amongst citizens and encourage them to participate in the electoral process. The National Voters’ Day is also used to facilitate enrolment of voters, specially the newly eligible young voters.