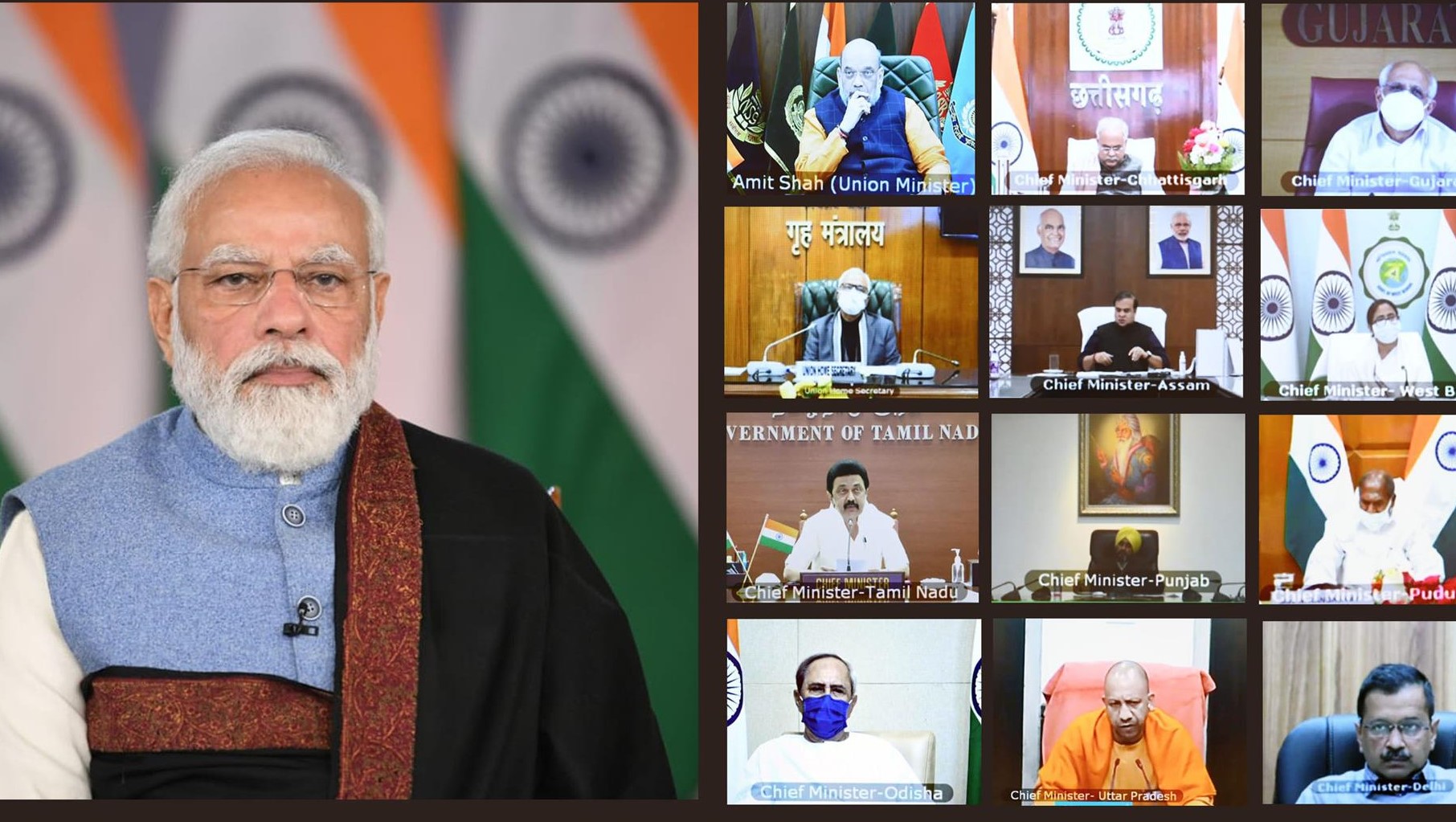 New Delhi: Prime Minister Narendra Modi expressed confidence that India will definitely emerge victorious against COVID with everyone’s efforts. He was interacting with Chief Ministers of all States yesterday through video conferencing.

Modi said, India’s battle with the biggest pandemic of 100 years has now entered its third year and hard work is the only path and victory the only option.

He said, the earlier skepticism about Omicron is now slowly getting cleared. He added that the Omicron variant is infecting people at several times faster rate than the previous variant.

He asked people to be alert and careful, and stressed that a panic situation should not be created. He said, the alertness of the people and the administration must not fall short in this festive season.

The Prime Minister said the pre-emptive, pro-active and collective approach adopted by central and state governments last time is the mantra of victory this time as well. He said, COVID infection must be limited as much as possible.

Modi said, Made in India vaccines are proving their superiority all over the world. He said, it is a matter of pride for everyone that today, India has given the first dose to about 92 percent of the adult population.

The coverage of the second dose has also reached around 70 percent. Within ten days, India has also vaccinated about 3 crore of its adolescents. He said, this shows India’s potential and preparedness to deal with this challenge. He also laid stress on intensifying the Har Ghar Dastak campaign for 100 percent vaccination.

The Prime Minister said that the sooner the precautionary dose is applied to the frontline workers and senior citizens, the more the capacity of healthcare system will increase. He said, it would be better to focus on local containment.

He added that there should be minimum damage to the livelihood of the common people, and economic activities. He said, the momentum of the economy should be maintained.

During the meeting, the Prime Minister reviewed the COVID situation in the country and took stock of the measures implemented to curb the spread of the infection. The meeting was held amid surge in COVID-19 cases in the country due to Omicron variant.