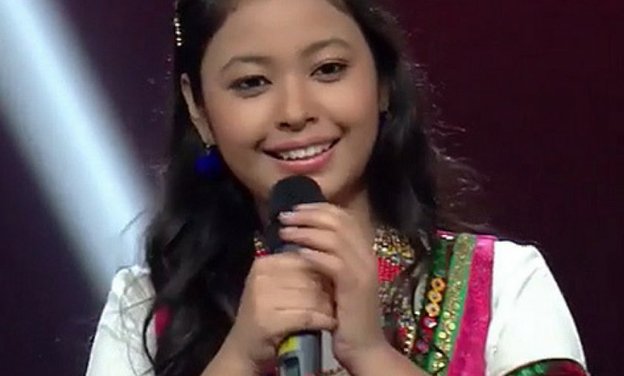 Nilanjana Ray, a name that is no more alien for music lovers and her climb on the graph from a young school girl in Kolkata to a budding singer clung to a tangent of fame of earlier queens of melody is all pervasive. It did not come in a day but her passion for music had its moorings when she was not even able to get a grasp of what music was all about. Even as a toddler she was seen lost in any good music, preoccupied and restless to reach at a point she did not realize what.    Music, perhaps, was within her. Then the  little and frail child had always woken up to the sultry mornings of Alipore with a quest for a resilient respite amid the din of the  city. 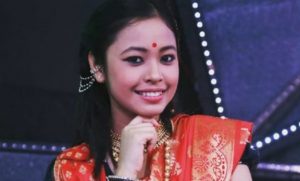 Right from the age of five Nilanjana had started singing. Singing to herself, virtually serenading to the burning desire within to know music, to explore the secrets of the magic. She was selective in picking up songs that she used to listen. Songs of the greats like Lata Mangeshkar and Asha Bhonsle which had a  predominant influence on her choice of songs.

She had at times sat on her father’s lap listening to fairy tales, like any other child of her age. But her mind full of those musical scores, often fantasizing the notes swarming into the room like the autumn leaves. “It kept weighing on me all the time that how do I know about the notes,” recollects Nilanjana.

Then she did not know what the word ‘music’ exactly meant. She was not old enough to understand its nuances. But she was always moved by the impacts of the melody, the rhythm, the beats, silently appreciating its creators.

Walking through the psychic terrain 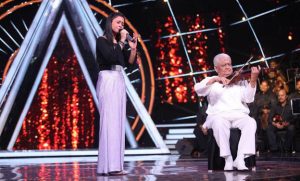 When she grew older, she slowly understood the way the lyrics were being uttered by the singers. But, yet the notes kept bothering her. Her quest for the notes lingered over years till she came across  someone to guide her, initiating her into the basics of rendition. The little girl was often left to wade through the clouds carrying her instincts on the wings of melody when once she felt dumb-struck by an ever-green number of the country’s nightingale Lata Mangeskar ” Mujhse naraj nahi zindagi ”
She was  lost  for a while, feeling alone and in the solitude of despair and hope, as if stuck to a surface like a crushed greasy
wrapper, fluttering in the breeze of river Ganga.

She was different, her tender psyche surging through the surfs in the ocean of music. Behind the frail frame and the fearful eyes of the child, there was a strength that was boiling in the saturation of creativity, a desire to conquer her ignorance in the field.
Her mind, as if, trailing for miles along the bank of river Ganga that harbors purity. At times her mind running and flying above the parched surface of her locality, scarcely distinguishable from the pains it had deposited within the last few years of tribulations in the shape of  middle-class tag. 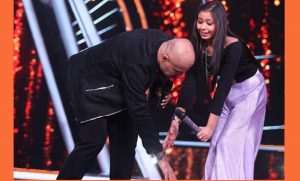 Who knew that from the bosom of this obscurity there shall emerge a little girl to wear the mantle of a distinguished singer in the country`s most popular musical platform and make the pundits in the field to stand up from their chairs to cheer for a voice that they found unique among comity of the present day Indian singers. “Lag jaa gale ki ye hasin raat ho na ho.. sayad..” or ” Dikhai diye yun, be-khudki .. “ Nilanjana’s soulful recital on the stages of Indian Idol , the melody, perfection and candor do not believe in boundaries. Like the tides of an ocean, this 15 year old’s journey had a tryst with fluctuating fortunes but she indeed reached the height of ecstasy when she had the privilege to join the maestro like Shankar Madhavan for the duets .

A child who was shy to the hilt, had chosen both the compulsion to live in the fringes of a closed society’s values and prejudices, and also chosen the hazards of falling in love with the music. That was in a place where she had little to hold on to. Yet she stood like a living sentinel in the middle of the road to learning. Which she still continues to do even after seeing herself as a hopeful for the Indian Idol crown.

Once a tempestuous love affair with music, she slowly realized the cordial charms of the intricacies. Time passed and often she would silently convulse within with laughter at her past problems, which she had seen as mounting ones but today became forgettable. The shy and extremely introvert and yet ‘naughty’ individual  Nilanjana Ray could be seen sometimes flitting around alone enjoying the liberation from the servitude of her ignorance.

Winning hearts important if not a cap

Her many performances made it amply clear that she was like an insect encased in amber and once liberated she can fly faster than a bird, as if her talent was being baked inside the cake pan of eternity. Though a bit nervous during the initial phase of the the competition, she later came out with full-throated  ease and went on to share eternity with her mentors. 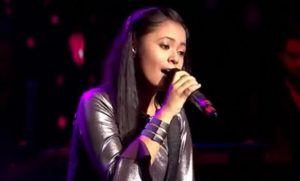 her voice texture and its originality, its pureness, free from the effects of other voices. Knowing well that the race to the top was being fought tooth and nail by all,  Nilanjana hardly stakes off her lot for a

reward for her competence. She always came with her number, sang and resigned to her seat without a wrinkle on her face. She has an irresistible grace in her simplicity and a sense of power of unbounded t

enacity as a student of music. What she needs is the right place to be and the opportunity to sing

her heart out. Either she wins the Idol cap or not but Nilanajana has made her way into this world of music  as a modern day voice that can hardly be ignored.