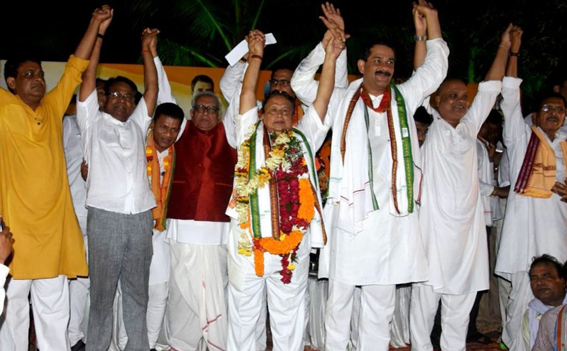 The Odisha Congress’ intimacy with internal bickering is not only the hallmark in its characteristic but also a tempestuous love affair that has remained unfazed by any unifying tool for last two decades. If one goes by the blow by blow account of the fights within the party, it may give someone stuff for a book.

The reverse walking by the Congress is as old as the schism that holds this unit as hostage. However, in the recent time when old guard Niranjan Patnaik reappeared on the scene replacing Prasad Harichandan as the president of the state unit, the former’s pep-talks did serve for a while. It looked as if he was all out to attack the perfidy of the party’s detractors rising above a preferential mindset the Congress men here are known for. He vowed to demolish the widespread discord and wage a battle against the ruling Biju Janata Dal. Once talking to this reporter he had confessed to the ruptures haunting the party but exuded the confidence that “we will give a good fight and try hard to wriggle out the present inertia”.

Then what went wrong!

Few months had passed since that euphoria when he, for a while, succeeded to play an unifier getting many disgruntled leaders on one dais. But he failed to see, or pretended ignorance, the fresh bickering brewing within and emitting out a signal again that seem to tell: “Hey, look, nothing can unite us under the auspices of innocence”.

They refuse to learn from the general elections of 2004, 2009 or 2014 to Bijepur bye election debacle and indulge in unbounded ego clashes.

Not to say that Patnaik was above the preferential yardsticks to accord priority to people believed to be on his side but he incurred the wrath of his silent and vocal rivals even by the innocence he seems good at sporting. Particularly after the spats among few leaders like Narasingha Mishra, Srikant Jena and now Taraprasad Bahinipati, washing the dirty linen in public has become common. Given the state the Congress in Odisha is in, its efforts to sail through the electoral process may finish in the crosswinds gusted by its own leaders.