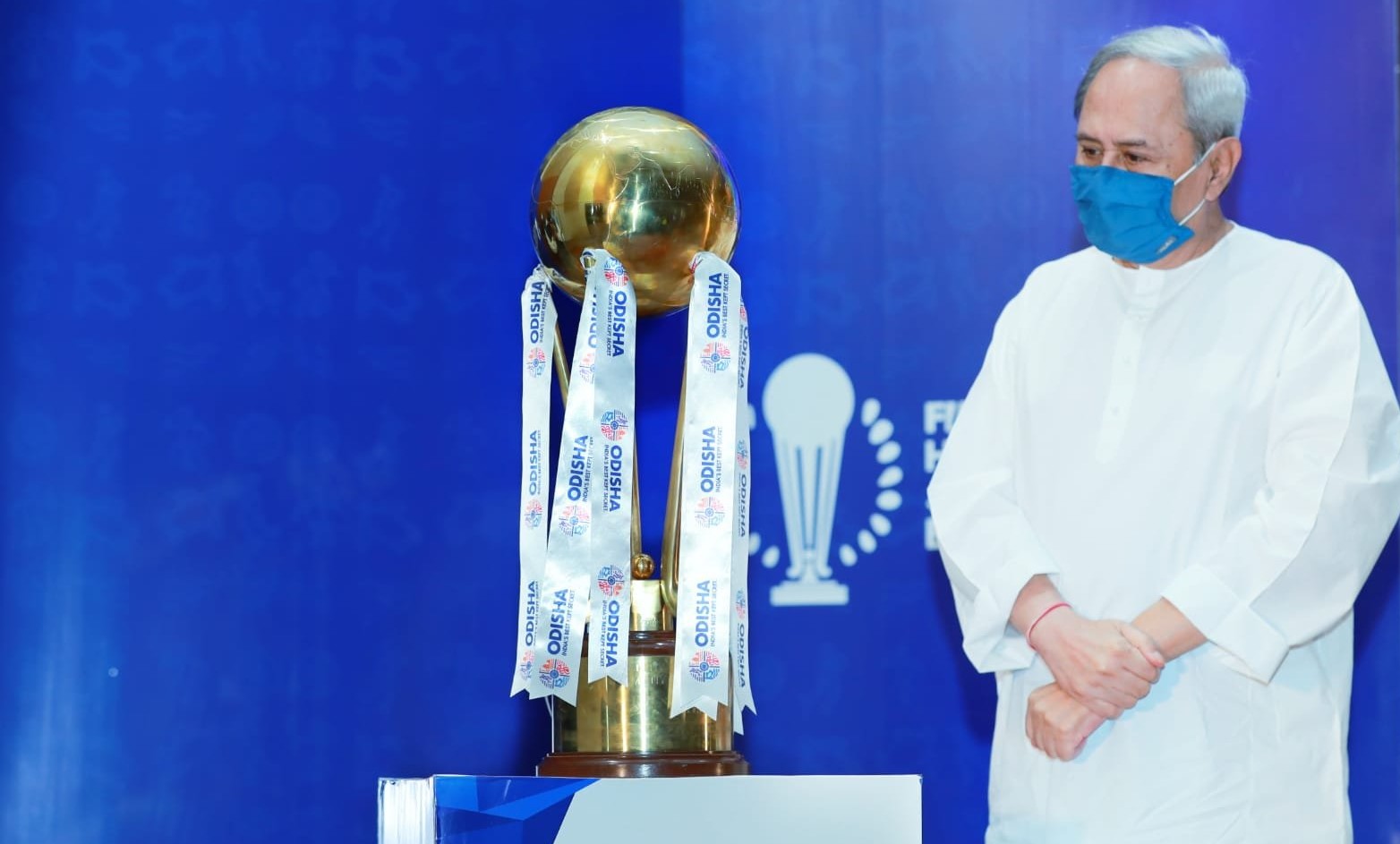 New Delhi: Chief Minister Shri Naveen Patnaik today announced that Odisha will host the Junior Men’s World Cup Hockey at Kalinga Stadium. In a function organised at Convention Centre in Lokseva Bhawan, the CM announced, “I am happy to announce that Kalinga Stadium, Bhubaneswar will be hosting the FIH Junior Men’s Hockey World Cup from 24th November to 5th December 2021.”

The Chief Minister also launched the Logo of the Junior World Cup event and unveiled the Trophy.

Announcing this the CM also wished the Indian Team a scintillating performance for the upcoming World Cup. The CM said that in the last edition, the Indian Junior team had won the world cup. As the reigning champions, he said, he is sure that our team will take advantage of the home ground and emerge victorious again.

The Chief Minister said that the State is ready to host such a big event for the sake of country’s prestige. He said, “Recently, Hockey India has approached us to support them for the Men’s Junior World Cup which is to be held in two months’ time. It’s a short notice for making the arrangements for such an event, especially during the pandemic period. Since the nation’s prestige is at stake, we have readily agreed to support.”

He further said that Hockey has a special place among sports in Odisha. Hockey Players from our state led the country in many international tournaments.

Describing Odisha’s engagement with Hockey India, he said that over the last decade, we have been working closely with Hockey India for the development of Hockey in the country. We have sponsored the National teams since 2018. We have been the host for major tournaments including the Hockey World Cup. All these efforts have led to the historic success of the Indian men’s and women’s hockey teams at the recent Tokyo Olympics.

He further said that these achievements brought great joy to people across the country. It was declared that the glory of Indian Hockey is back. There is lot of excitement about the prospects of Indian hockey in coming years. The Hockey World Cup in January 2023 will be land mark event and provide further momentum for hockey development in the country.

Promising Odisha will enduring support to Indian Hockey, he said that we will continue to be a part of this journey of Indian hockey. We have already announced that we will support the Indian national teams for another 10 years. We are also building India’s largest hockey stadium in Rourkela. We are creating astro-turf based grassroots training program in the state, he added.

In his welcome address, Minister for Sports Shri Tusharkanti Behera praised the visionary leadership of the Chief Minister for supporting sports in India. He said that Odisha is now a preferred destination in global hockey because of the State’s support to hockey.