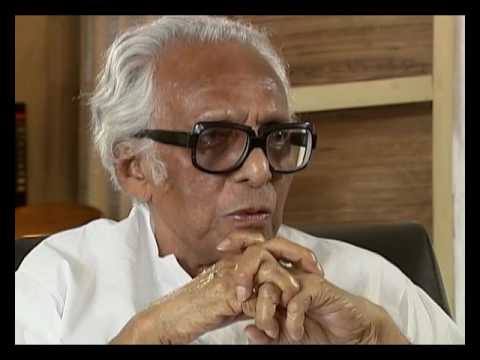 If seen through the chronology of events in 2018 the demise of Mrinal Sen comes  out to be one of the biggest losses. In an era of Satyajit Ray and Ritwik Ghatak, the role of Mrinal Sen can never be lost sight of when it was the question of parallel cinema. And Ek-din-achanak his departure, at the age of 95, can not take away the fact that, as regards experimental filmmaking Sen had his place and the pride.

Either Akaler Sandhane or Padatik, Sen had led the cine goers through the lanes and bylanes of where he was extremely inward looking and tried to give a new direction to filmmaking and almost proving himself to be a kind of ‘ anarchist’ in Indian cinema  and also undertook the recourse to far reaching films like Bhuvan Shome through which Mrinal Sen redrew the boundaries of cinema, mainly the parallel cinema.

When some one aksed Anil Chatterjee (no more) of  ‘Meghe Dhaka Tara’ fame what was the difference between Satyajit Ray and Ritiwk Ghatak filmmaking style, he had said , Ray was an organized director and very disciplined maker when all are ready before going to the floors whereas, Ghatak, an usual late riser , walks into the sets in slippers and informally dressed and asked for blank paper where he impromptu scribbles the dialogues , makes short divisions and then lights….but the results are always same in quality.

Mrinal Sen was that daredevil filmmaker who strode into both the arenas with enviable ease and always a successful film maker tempting some to dub him an ‘ iconoclast’ but his experiments through Khandhar, Sen tried to turn the tide with an emotional stuff which many reviewers had found that to be Sen’s inner being.