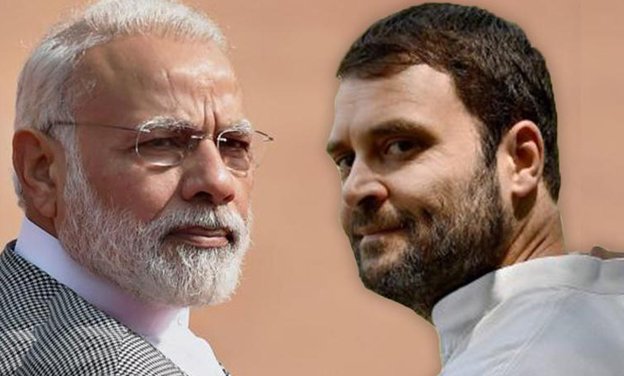 It seems there is a certain amount of over-read into the outcome in five assembly election results. It is OK that for a while the Congress has succeeded to dampen the spirit in the saffron camp but looking in hindsight, except the surprise in Chhattisgarh, the battle in  Rajasthan and Madhya Pradesh were almost a see-saw till the counting of the votes. So it would not be easy to walk away presumptuously saying that 2019 is going to be the ‘waterloo’ for the National Democratic Alliance or Prime Minister Narendra Modi.

One thing that the Modi and his cohorts must learn is to rehash their terminologies and the temper that normally spin out from a notional premise of invincibility. And there are the embers of arrogance still smoldering within as was evident from the reaction of Amit Shah on the Supreme Court verdict on the petitions on Rafale deal. He was over abound and could hardly manage to hide the inner wounds.

What adds to such problems in politics is the role of the media of the day making an apostle out of anyone who has a political tag. It was interesting to watch the mood of many television moderators on Thursday late evening and the quick reversal on Friday, a day after the results. On day one was the poll debacle suffered by the NDA and the day next was the apex court’s verdict that came as a balm for the downbeat BJP. As if it were all tailor-made and were in store to be unleashed in time. That is exactly what a section of the media was waiting for the change of track.

A face that can match Modi

Coming back to the basics of what happens in 2019, it has been time and again proved that elections in states can be fought and won without a face. As had happened in Uttar Pradesh earlier and now in Rajasthan, Madhya Pradesh and Chhattisgarh. Where the Congress leadership got it as a tough task to differentiate between old and new guards. Maybe the choice heavily tilted in favour of the old horses which left able faces like Sachin Pilot and Jyotiraditya  Scindia out of the pulpit.

There is a difference between assembly and parliamentary elections. It comes in handy for parties to project a prime ministerial face who when compared with the rival stands a notch higher. Now in the context of a face for the top job, how many would accept Rahul Gandhi as the face and whether he will be able to shoulder a load like running a country with nothing or very little as an achievement to support such a profile.

Despite the inner conflicts in the NDA, the opposition now cannot make much out of the demonetisation issue to its advantage. Statistical jugglery has come into play and it goes off the heads of a common man. More so, the contradictions over its impact of the health of farmers at that time may not sustain that long when nation goes to vote for the next person to lead India as the prime minister. Advantage Modi is still the buzz!