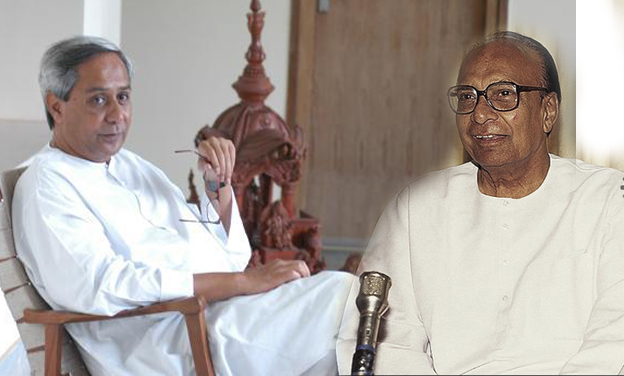 Chief minister and Biju Janata Dal (BJD) supremo Naveen Patnaik on Wednesday practically launched his party’s campaign for the 2019 elections by invoking Biju Patnaik and reviving the demand for fiscal autonomy to Odisha. Addressing party workers here on the 21st Foundation Day of BJD, Patnaik played the regional card deftly and dropped subtle hints about restoration of Odia pride becoming a major issue in the general elections even as he fired one salvo after another at the Centre with a string of embarrassing questions for Prime Minister Narendra Modi to answer.

“Odisha wants financial autonomy so that the state can develop with its own money,” said Patnaik, adding that if this demand of the state was conceded it would neither require special category status nor generous central grants. It was his father Biju Patnaik, after whom the regional party is named, who had first raised the demand for fiscal autonomy to the state. In his time it was an unprecedented demand and seen as a sign of rebellion against the Indian union.

Biju Babu, the swashbuckling politician that he was, loved drama and had deliberately raised the issue of fiscal autonomy because of two specific reasons. For one, it ensured him national headlines and, secondly, it struck a chord with the Odias who had long felt neglected at the national level. It gave Odias a sense of pride.

His son seems to be following the same strategy, which is evident from the way he sought to attack the Centre at his party’s foundation day celebrations today. He came up with a number of posers for the Modi government holding it squarely responsible for the poor condition of the national highways passing through the state, the less than satisfactory railway banking and telephone networks and the delay in the revision of coal royalty. He also raised the issues of 33 percent reservation for women in the legislatures and development of Scheduled Castes and Scheduled Tribes.

It was obvious that Patnaik was playing to the gallery and trying to cast his vote catching net as wide as possible by advocating the cause of almost all the sections of the society. And even though opposition leaders like Union minister Dharmendra Pradhan and state Congress president Niranjan Patnaik targeted the chief minister during the day by asking him uncomfortable questions about lack of jobs and Kunduli and Gumudumaha rape cases, the latter seemed to have made his point.

It was evident that the chief minister was more than determined to air the regional aspirations of the state, a strategy that suits his party in an election year. In the process he also made it clear that now it is going to be an open war with the BJP-led NDA irrespective of the fact that Prime Minister Modi during his day-long visit to the state on December 24 had refrained from attacking him directly.

It is significant that Patnaik’s tone against the Centre has become strident in the wake of his recent meeting  with Telengana chief minister K Chandrasekar Rao (KCR) who is trying to evolve a federal front of regional parties in the hope of throwing up an alternative to the NDA and UPA. Though it is still early days to comment on the future of this proposed front it seems the idea has found favour with leaders like Patnaik who has been following a policy of equi-distance from the BJP and Congress.

It is also interesting to note that Patnaik, who has been winning elections on the performance plank, has deliberately sought to foreground the demand for fiscal autonomy ahead of the general elections. This seems to be an attempt at countering the BJP propaganda about Odisha government engaging in populism while refusing to be part of centrally-sponsored schemes like Ayushman Bharat.

While projecting himself as the champion of Odia pride, who has launched a raft of developmental schemes in the state without any central support, Patnaik is equally keen to prove that Odisha continues to be a victim of NDA’s step-motherly attitude. He had adopted the same strategy with the Congress-led UPA and reaped rich electoral dividends. He is obviously hoping for an encore.