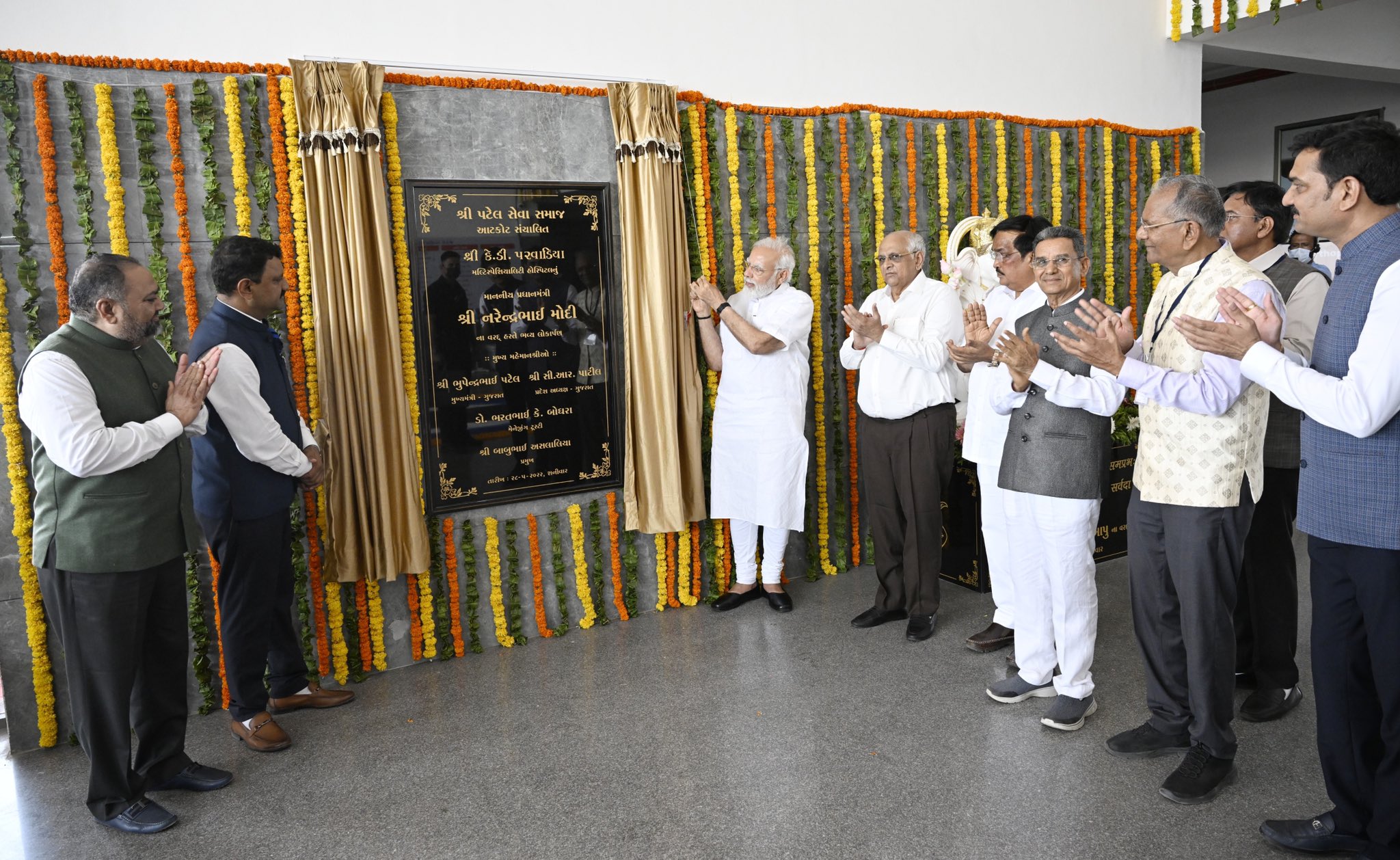 Addressing the gathering the Prime Minister welcomed thousands of farmers who gathered at the Mahatma Mandir today. He said cooperation is a great medium for the self-sufficiency of the village. It has the energy of  AtmaNirbhar Bharat. He said Pujya Bapu and Patel showed us the way for bringing self-sufficiency to villages. Along those lines, today we are moving ahead on the path of developing a model cooperative village. Six villages in Gujarat have been chosen where all the cooperative-related activities would be implemented, he said.

Similarly, the Prime Minister expressed heartfelt happiness on the inauguration of the Nano Urea (Liquid) Plant constructed at IFFCO, Kalol. He said that the power of a full sack of urea has come into a half-liter bottle, leading to huge savings in transportation and storage.

The Plant will produce about 1.5 lakh bottles of 500 ml per day, the Prime Minister added that 8 more such plants will be established in the country in the coming days.`This will reduce foreign dependence with regard to urea and will save the country’s money. I am confident that this innovation will not remain confined to urea. In the future other nano fertilizers will be available to our farmers”, he said.

The Prime Minister informed India is the second-largest consumer of urea in the world but only the third-largest producer.  After the formation of the government in 2014, the government did 100% neem coating of urea. This ensured that the farmers of the country got enough urea. Simultaneously, the work of restarting 5 closed fertilizer factories in UP, Bihar, Jharkhand, Odisha, and Telangana was initiated. UP and Telangana factories have already started production, and the other three factories also will soon start working, he said.

Talking about the import dependence with regard to urea and phosphate and potash-based fertilizers the Prime Minister dwelled on high prices and lack of availability in the global market due to the pandemic and war. The Prime Minister said that the sensitive government did not allow the problems to be passed on to the farmers and despite the difficult situation did not let any crisis of fertilizer take shape in India. A urea bag costing Rs 3500 is made available to the farmer for Rs 300 while the government bears Rs 3200 per bag.

Similarly on a bag of DAP government bears Rs 2500 as opposed to Rs 500 borne by the earlier governments. The Union Government gave a subsidy of Rs 1 lakh 60 thousand crore last year, this year this subsidy is going to be more than Rs 2 lakh crore, the Prime Minister informed.  The Prime Minister promised to do whatever was necessary for the interest of the farmers of the country and continue to strengthen the farmers of the country.

The Prime Minister said that in the last 8 years, the government has worked on both the immediate and long-term solutions to the problems being faced by the country. He cited solutions like improving health infrastructure to deal with any further pandemic shock, Mission Oil Palm to tackle edible oil problems, bio-fuel and hydrogen fuel to handle oil problems, natural farming, and nanotechnology push are also results of this approach. Similarly, he said, there is a solution to many of India\’s difficulties in self-reliance. He cited co-operative as a great model of self-reliance.

The Prime Minister said Gujarat was also fortunate because we got the leadership of Pujya Bapu and Sardar Saheb. Sardar Saheb did the work of bringing down the path shown by revered Bapu to self-help through cooperation. The example of the cooperative model of the dairy sector is before us. Today India is the largest milk producer in the world among which Gujarat has a major share.

The dairy sector is also growing rapidly in the last few years and is also contributing more to the rural economy. In Gujarat, milk-based industries were widely spread because the restrictions on the part of the government were minimal in this. The government plays the role of only a facilitator here, the rest is either done by cooperatives or farmers.

The Prime Minister informed that the Government is continuously moving forward to connect the spirit of cooperation with the spirit of the Amrit Kaal. With this objective, a separate ministry for cooperatives was formed at the center. He added that efforts are being made to encourage a cooperative-based economic model in the country. “The greatest strength of cooperatives is the faith, cooperation, and enhancing the capability of the organization with collective strength.

This is the guarantee of India’s success during the Amrit Kaal”, he added. The Government is working on making what is considered small and underestimated, into a big power in the Amrit Kaal. Today small farmers are being empowered in every way. Similarly,  small-scale industries and MSMEs are being made a strong part of India\’s self-reliant supply chain. “I am sure that cooperation will help us in realizing our goals and India will move ahead on the road of success and prosperity”, the Prime Minister concluded.