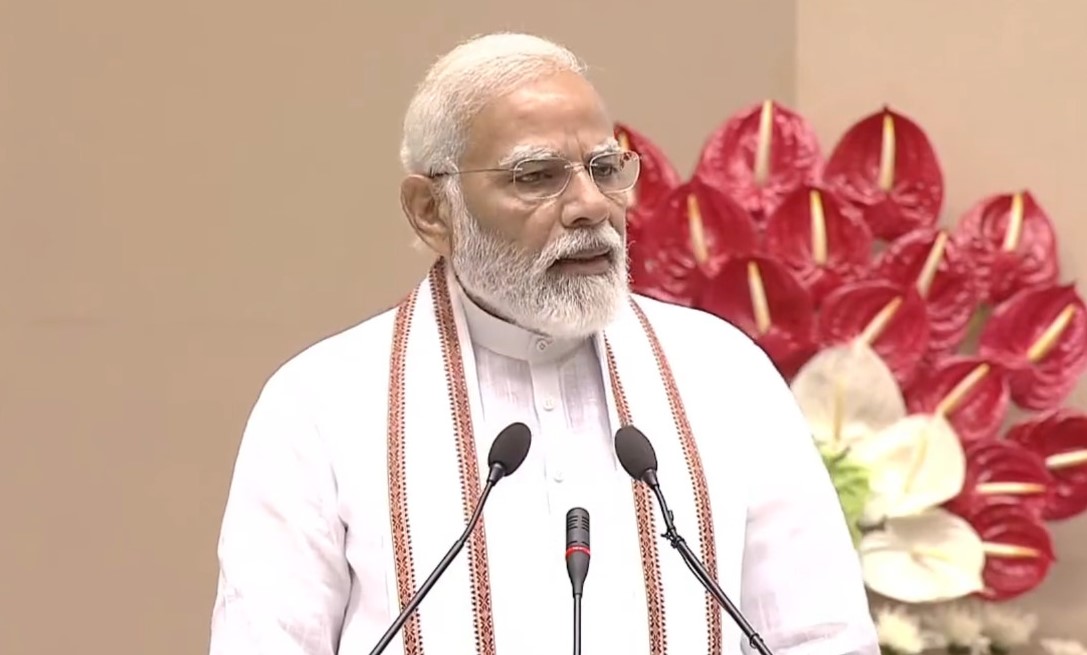 Addressing the gathering, the Prime Minister said that our scripture has taught us that the constant character-building in every generation is the basis of every society. He emphasised that shivir like the one that is being conducted today is not only an effort to create good ‘sanskars’ among the youth but also a pious and natural campaign for regeneration of the society, identity, pride and nation.

The Prime Minister urged to take a collective resolve and make efforts to build a new India. A new India, whose identity is new, forward-looking and traditions are ancient. A new India, which moves ahead by taking both new thinking and age-old culture together and should give direction to the entire mankind. “Wherever there are challenges, India is present with hope, wherever there are problems, India comes out with solutions”, the Prime Minister said.

The Prime Minister said from delivering vaccines and medicines to the world amid the Corona crisis to the hope of a self-reliant India amidst disrupted supply chains to the role of a capable nation for peace in the midst of global unrest and conflicts, India is the new hope of the world today.

The Prime Minister remarked that we are showing the path of Yoga to the entire humanity, we are introducing them to the power of Ayurveda. The Prime Minister noted that today, the working style of government and thinking of society has changed along with increased people’s participation. Today India has the third-largest start-up system in the world that is being led by the youth of India.

“In software to space, we are emerging as a country ready for a new future. For us, Sanskar means education, service and sensitivity! For us, Sanskar means dedication, determination and strength! Let us uplift ourselves, but our upliftment should also be a medium for the welfare of others! May we touch the heights of success, but our success should also be a means of service to all. This is the essence of the teachings of Bhagwan Swaminarayan and this is the nature of India also”, the Prime Minister said.

The Prime Minister recalled his long association with Vadodara and mentioned the significance of the place in his personal and political life. He said with ‘Statue of Unity’ Vadodara has become an important base for the global attraction i.e. Statue of Unity. Similarly, Pavagadh Temple is also attracting people from all over.

He asked, “Till 15 August 2023, Can we stop transactions with cash and adopt digital payments? Your small contribution can create a huge difference in small businesses and vendors lives”. Similarly, a pledge may be taken for cleanliness and prevention of the use of single-use plastic and preventing malnutrition.

The Prime Minister also mentioned the campaign by a Nagaland Girl for cleaning the Ghats of Kashi. She started alone but was joined by many people. This illustrates the power of resolve. Similarly, the Prime Minister asked to practice small measures like saving electricity or adopting natural farming to help the country.