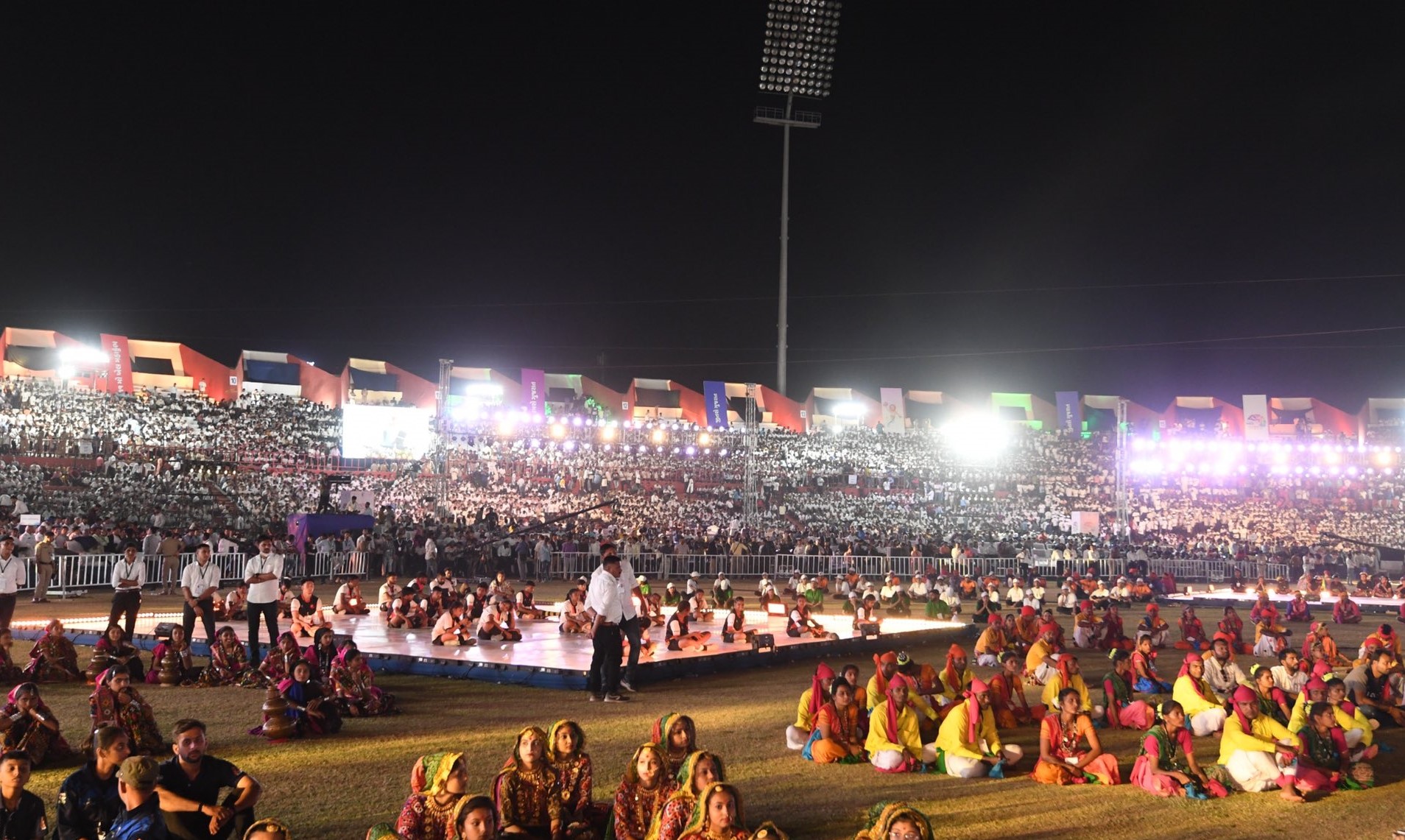 New Delhi: The Prime Minister,  Narendra Modi today declared open the 11th Khel Mahakumbh at Ahmedabad. The Governor of Gujarat, Acharya Devvrat and The Chief Minister of Gujarat,  Bhupendrabhai Patel were among those present on the occasion.

At the outset, the Prime Minister noted the sea of youth energy and enthusiasm in the stadium and said that this is not just sports mahakumbh but also a mahakumbh of the youth power of Gujarat. The Prime Minister’s speech was preceded by a grand ceremony.

The Prime Minister said that the Mahkumbh did not take place for two years due to the pandemic, but this grand event has filled the sportsperson with new confidence and energy. “the seed that I sowed 12 years ago has become a grand banyan tree today”, said the Prime Minister who started the games as then Chief Minister of Gujarat. Started in 2010 in Gujarat under the visionary leadership of the then Chief Minister Shri Narendra Modi, with 16 sports and 13 lakh participants, Khel Mahakumbh today encompasses 36 general sports and 26 para sports. Over 45 lakh sportspersons have registered for 11th Khel Mahakumbh.

Shri Modi mentioned that earlier Indian sports scene was dominated by few sports and indigenous sports were ignored. Sports were also infected by nepotism and “lack of transparency in the selection of players was also a big factor.All the talent of the players was spent in battling the problems.Coming out of that vortex, the youth of India are touching the sky today.The glow of gold and silver is polishing the confidence of the country,”, he said.

The Prime Minister pointed out that today, India is winning record number of medals in events like Tokyo Olympics and Paralympics. He said he has full confidence in the youth of the country. “India won 7 medals for the first time in Tokyo Olympics.The same record was made by the sons and daughters of India in the Tokyo Paralympics as well.India won 19 medals in this global competition.But, this is only the beginning.India is neither going to stop nor is it going to get tired”, Shri Modi emphasized.

The Prime Minister said that students who have returned from Ukraine have testified for the growing influence of the tricolour. Similarly, on the sports podium also, the same pride and patriotism is visible.  The Prime Minister underlined the leadership of youth in various fields. He said “from Startup India to Standup India today. From Make in India to self-reliant India and ‘Vocal for Local’, the youth of India themselves have taken the responsibility of every campaign of New India.Our youth has established India’s potential.”

The Prime Minister advised the youngsters against taking short cuts in life. Path of short cut is always short lived.  He said “There is only one mantra for success – ‘Long term planning, and continuous commitment’.Neither a victory can ever be our last stop nor a defeat”.

As success in sports needs 360 degree approach, the Prime Minister said, India is working with a holistic approach for promoting sports in the country. Khelo India programme is one good example of such thinking. “We started recognizing the talents of the country and giving them all necessary support.Despite having talent, our youth used to lag behind due to lack of training.Today better and better training facilities are being given to the players,” he pointed out. In the last 7-8 years budget for sports have been increased by 70 per cent. Encouragement and incentive for players have been enhanced significantly for players as well as coaches. He talked about the progress achieved in establishing sports as a viable career.

There are many streams in the fields such as coaching, management, trainers, dieticians, sports writing etc which can be taken up by the youngster who are interested in the field. In Manipur and Meerut sports universities have been established and sports courses are coming up in many institutions. He also asked for paying attention to beach and water sports given such a big coastline. He also requested parents to encourage sports among their children.

Khel Mahakumbh has revolutionized the sports ecosystem in Gujarat. With no age bar, it witnesses participation of people from across the State who compete in various events over a period of one month. It is a unique confluence of traditional sports like kabaddi, kho-kho, tug of war, yogasana, mallakhambh and modern sports like artistic skating, tennis and fencing. It has played an important role in identifying raw talent in sports at the grassroot level. It has also given a thrust to para sports in Gujarat.