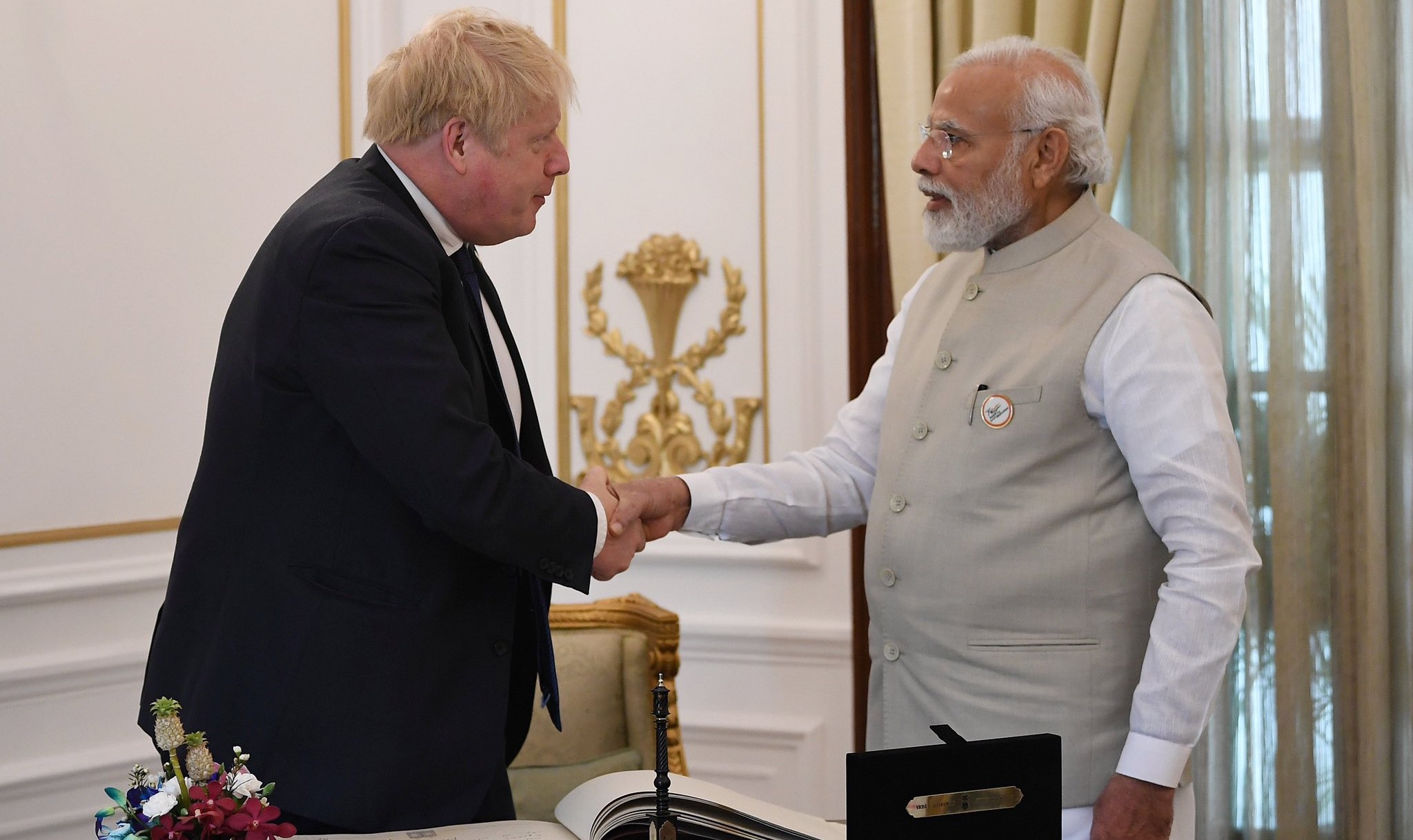 Prime Minister Narendra Modi and his UK counterpart Boris Johnson reviewed the Comprehensive Strategic Partnership between the two countries during their bilateral talks in New Delhi yesterday. Issues of defence and security cooperation, cyber security and space also figured in the discussion between the two leaders.

Addressing a joint press briefing following the bilateral talks, Prime Minister Modi said, India and United Kingdom have decided to do their best to conclude the Free Trade Agreement by the end of this year.

Modi said, both countries have decided to deepen climate and energy partnerships and invited UK to join India’s National Hydrogen Mission. Both leaders also discussed the developments taking place at the regional and global level. Prime Minister Modi said, they emphasized on maintaining the Indo-Pacific region based on a free, open, inclusive and rules-based order.

Modi said, they stressed on dialogue and diplomacy in Ukraine for an immediate ceasefire and resolution of the problem. They also reiterated the importance of respect for the territorial integrity and sovereignty of all countries.

In his statement, the visiting Prime Minister Johnson said the partnership between India and Britain is one of the defining friendships of the times. He pointed out that since last year, the threats of autocratic coercion have grown even further and it is vital to deepen cooperation including shared interest in keeping the Indo-Pacific open and free.

He said both leaders held detailed discussion on opportunities for defence collaborations, particularly co-development and co-production of advanced defence technologies.

They welcomed the establishment of a mechanism on maritime electric propulsion. Prime Minister Modi invited British industries to take advantage of India’s modern defence ecosystem and Make In India to meet the needs of the armed forces of India as well as those of other countries.

India and United Kingdom have signed six Memorandums of Understanding. Of the six MoUs exchanged, two are Government to Government, while four are Non-Governmental. The MoUs were signed after Prime Minister Narendra Modi held bilateral talks with his British counterpart, Boris Johnson, during his two-day visit to India.