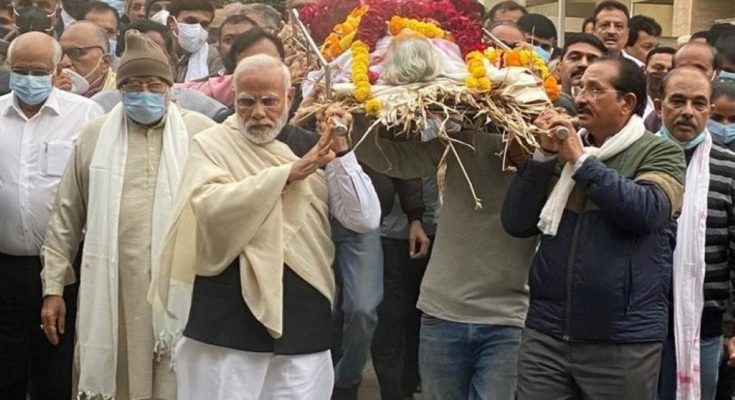 PM Modi’s Mother: Prime Minister Narendra Modi’s mother Heeraben has passed away. She breathed her last at a hospital in Ahmedabad early this morning. She was 100. Prime Minister rushed to Gandhinagar this morning to pay last respect to his mother.

In an emotional tweet, Prime Minister said that a glorious century now rests at the feet of God. Paying tribute to his mother, Mr Modi said that he felt the presence of a trinity in his mother which symbolizes the journey of an ascetic, a selfless Karmayogi and a life dedicated to values.

Recalling his meeting with his mother on her 100th birthday, the Prime Minister said that she encouraged him to work with intelligence and live a life with purity.

During a 2015 town hall session with Facebook founder Mark Zuckerberg in San Jose, Prime Minister Modi had remembered the difficulties his mother endured to bring up her children.

Information and Broadcasting Minister Anurag Singh Thakur has conveyed his condolences to Prime Minister Narendra Modi on the demise of his mother Heeraben. Praying for her departed soul, the Minister said that losing mother is a great sorrow but her goodness, care, wisdom, and love will always be there.