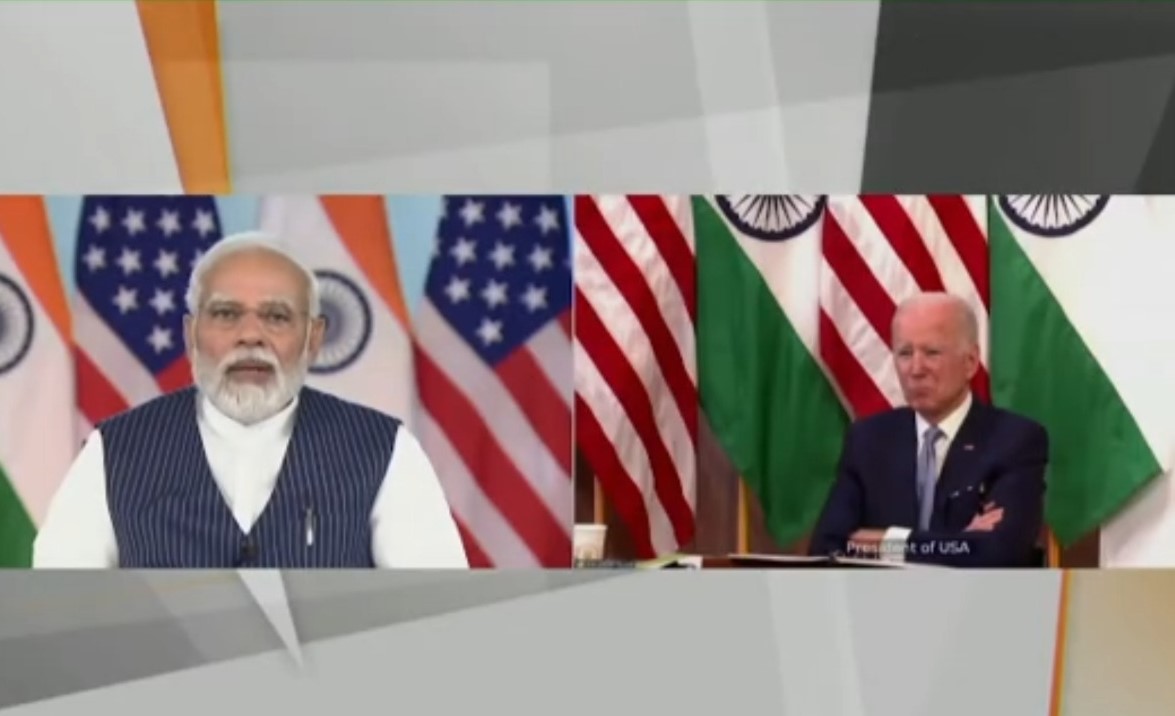 New Delhi: Prime Minister Narendra Modi has said India and US are natural partners as they are two of the biggest democracies of the world. In a virtual interaction with US President Joe Biden last evening, Modi said the talks were being held at a time when situation in Ukraine remains worrisome. He said that till a few weeks ago, more than 20 thousand Indians were stranded in Ukraine and most of them were young students.

Prime Minister said that India placed importance on the safety of the civilian population in Ukraine and the uninterrupted supply of humanitarian aid to them including medicines and relief materials. He informed that on the demand of Ukraine, India is sending another consignment of medicines very soon.

Modi stated that the recent killings of innocent civilians in Bucha city of Ukraine was very worrying. He pointed out that India condemned it and demanded a fair investigation. The Prime Minister hoped that the ongoing talks between Russia and Ukraine will pave the way for peace.

Prime Minister further stated that the subject of Ukraine has also been discussed in great detail in Indian Parliament.

In his opening remarks, US President Joe Biden said India and US are two vibrant democracies which share a strong and growing major defence partnership. He said continued consultation and dialogue are key to ensure that India – US partnership continues to grow stronger.