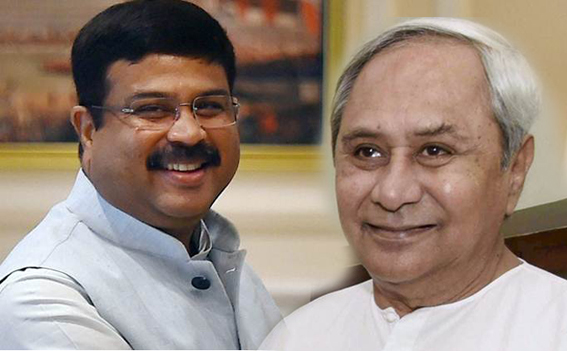 BJP legislator Dillip Ray wants to quit his party and Bijay Mohapatra has reportedly admitted that his disenchantment with the saffron brigade is no more a secret. Yet the mood in the BJP camp is vociferously upbeat after former IAS officer Aparajita Sarangi wore the saffron apron and pledged to serve people in a new guise and, going by what one BJP spokesman told today on TV, she was, as if, the most awaited upright individual the party was craving for probity.

On the other side, fairly recently, Damodar Rout has launched his new political outfit on a note that barely can be described as enviable by any political yardstick. That is so because the initial roars from this veteran leader have been quietened considerably with two leaders Braja Kishore Tripathy and Jagneswar Babu, who have perhaps lost their political sheen long time back, flanking him.

Whatever it may be, politics in Odisha is going to be interesting in the days to come. While few politicians discover the evil in politics, on the other, an ex-administrator has suddenly turned an alchemist to convert the adversities plaguing today’s politics into virtue. She was heard saying that politics is the best platform for social service. Does she mean hundreds of philanthropists and social activists who dedicated themselves in the services of masses are in politics?

One is at liberty to redefine politics but the pretentious tenets those govern politics of the day can hardly be denied. To say politics today is ruled by virtue and a mindset to serve is conspicuously an old-fashioned disguise.

Politics today is decadent that kills truth and offends the honourable. But the common mass is not decadent but vibrant and vigilant, rarely to be susceptible to over-hyped rhetoric. Joel Oram’s sound bytes projecting Dharmendra Pradhan as the chief ministerial candidate for 2019 have rendered any other ambition within redundant for the time being. For the lady in question or for any other likely paratrooper into the BJP, there is hardly any room for pipedreams. So, a berth in the Union ministry is what someone like Sarangi may pin her hopes on. It will be politically foolish to accept that she has come to politics for social service!

On the other side of BJP

The Congress being in no reckoning so far, the BJP’s loss can always be the gain for the BJD. It is not surprising to find that untold numbers of minions from other parties are queuing up at Naveen Niwas to join the BJD. But the big prized catch would be Bijay Mohapatra and Dilip Ray. But it will be interesting to see if the BJD chief would ever push the lump down the throat by inviting them in or they are ready to say bygone be bygone!

But one of them is angry and the other one is hurt. The climate growing ever inimical day by day and Naveen Patnaik may finally see the benefit of re-inducting Mohapatra to the BJD as has proved himself a good organiser right from Biju Patnaik’s time. Once Mohapatra in, that may be a counter-weight for Damodar Rout in the coastal pockets and against Baijayant Panda in Kendrapada, in case the latter qualifies to become a BJP’s choice at the last leg.

Political regeneration for Rout now seems remote until and unless there is a united opposition, which is unlikely in Odisha. After being abandoned by Panda, Rout may find it difficult to regain his moorings in his own area even, let alone he becoming a game-changer. Maybe his charges against Patnaik’s 18 years alleged misrule is his calling card but it is unlikely that he can subject himself to a political calendar.