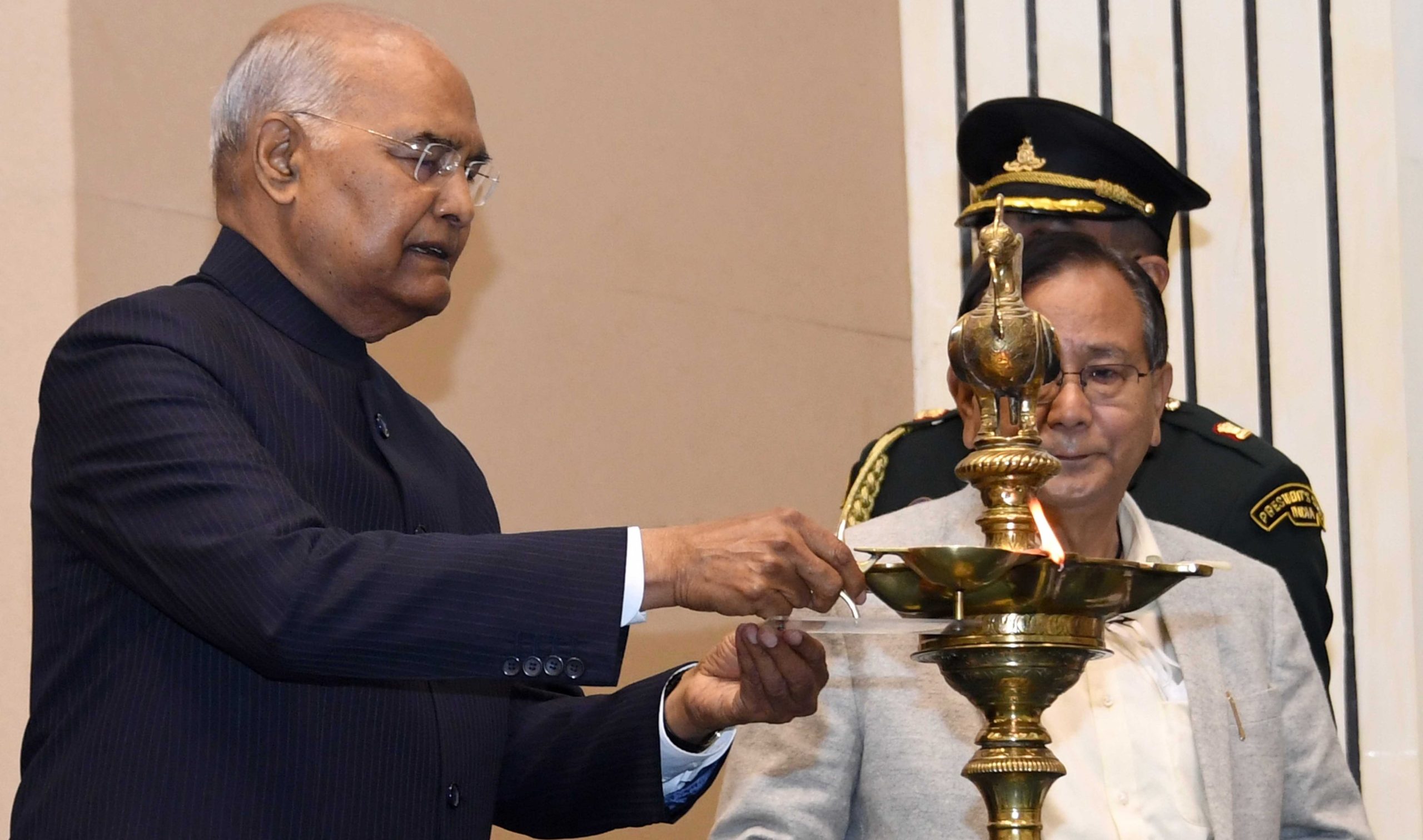 New Delhi: The President of India, Ram Nath Kovind, inaugurated the fifth International Ambedkar Conclave, being organised by the Forum of SC and ST Legislators and Parliamentarians and Dr Ambedkar Chamber of Commerce, today (December 2, 2021) in New Delhi.

Speaking on the occasion, the President appreciated the Forum of SC and ST Legislators and Parliamentarians for organising this conclave. He noted that this Forum is constantly highlighting issues of social and economic justice and playing an important role in spreading the thoughts and ideas of Dr Ambedkar. He was also happy to note that this conclave focuses on education, entrepreneurship, innovation and economic development along with issue of constitutional rights.

The President said that Babasaheb was in favour of awakening the moral conscience of the society. He used to say that rights cannot be protected only by laws, but it is also necessary to have moral and social consciousness in the society. He always emphasised on non-violent and constitutional means.

Also, in this article, the State has been directed to protect them from social injustice and all forms of exploitation. A number of institutions and procedures have been put in place to give effect to these guidelines. There has been lot of improvements. But, a lot remains to be done by our country and society.

He said that it is also the responsibility of them to take forward the people of scheduled castes and tribes who have been left behind by them in the developmental journey. By this way they can pay their true tributes to Dr Ambedkar.