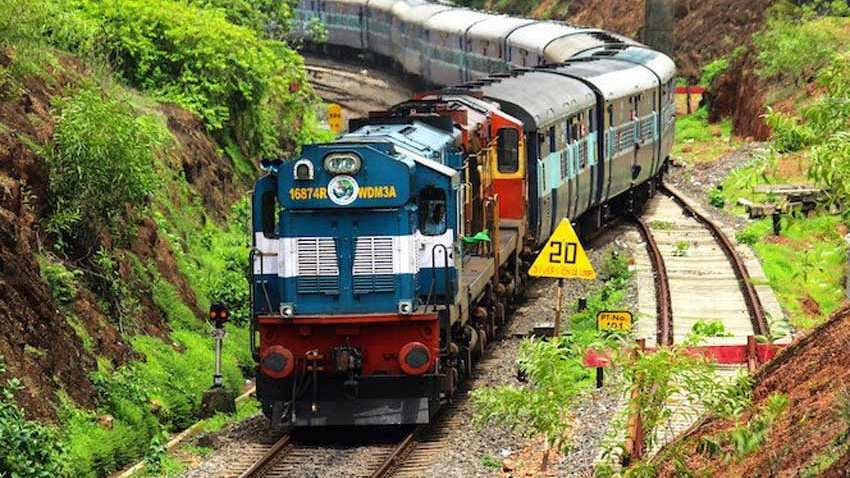 The first trainset has been rolled out by ICF in October 2018 and will shortly be ready for service after testing & trials.

ICF shall be making at least two more such rakes this year. Depending on feedback, requirements target for induction in 2019-20 shall be communicated in due course.

Commissioning of Bogibeel Bridge, is among the mega projects completed by Railways this year.It is longest Rail-cum-Road Bridge of India (4.94 Km long Bridge) across Brahmaputra river near Dibrugarh in Assam, dedicated to the nation by Prime Minister Narendra Modi on December 25.

Double line track with three-lane road and 74 km of total railway track, this Project was sanctioned in 1997-98 at a cost of Rs 1,000 crore and the work was commenced in April, 2002 by Bharat Ratna late Atal Bihari Vajpayee, the then Prime Minister. The completion cost of the project is Rs 5,820 crore (approx).

Safety continues to be the foremost priority of Railways and is accorded the greatest consideration. During the current year, Ministry of Railways launched following four safety drives on all Zonal Railways with a view to preventing accidents and strengthening safety in trains.

On April 13 all zonal railways were advised to launch a one month safety drive particularly focusing on strict observance of shunting practices with compliance of rules/instructions contained in G&SR. On October 16, zonal Railways were advised to launch a special safety drive for a period of fifteen days with special emphasis on safety of work sites, stacking and handling of railway material near track and maintenance of points & crossings.

Further improvements are being brought about to provide fire safety through fire and smoke detection unit integrated with passenger announcement and information system for emergency evacuation and video analytics with phased detection and unusual occurrence features to further enhance safety and security.

DEMU services were introduced in Tinsukia Division of NF Railway in 2016-17. New coaching depots have become functional at Silchar in Barak valley region of Assam and at Agartala in Tripura. These measures have provided better connectivity to the isolated region of North East. The following projects have also been sanctioned for the North East region.

Railways saw a vast level of development in North East Region like 970 km Gauge Conversion completed in NE region in last four years. Thus, all MG sections converted to BG and there is no MG operation in entire North East Region. 353.15 km of New Line/Gauge Conversion/Doubling commissioned per year during the period 2014-15 to 2017-18 as against on average of 110 km commissioning per year in NE Region in period from 2009 to 2014.

Railways has also enhanced the connectivity to North Eastern states. The Seven Sister States of North Eastern India (Assam, Meghalaya, Nagaland, Tripura, Mizoram, Manipur and Arunachal Pradesh) have been connected by Rail network. Meghalaya came on the rail map with the flagging off the first ever train from Guwahati to Mendipathar in Meghalaya on November 29, 2014 by Prime Minister Narendra Modi.

Jiribam, the first railway station in Manipur was connected by broad gauge line. The Prime Minister flagged off the first passenger train service to Jiribam on May 27, 2016. The passenger train service to Bhairabi in Mizoram was also flagged off by him. Lumding ? Silchar Broad Gauge section inaugurated after Gauge Conversion on November 20, 2015, giving seamless BG connectivity to Barak Valley of Assam.

Hundred per cent indigensation has already been achieved in manufacturing of around 20-25 per cent of total fleet of the track machines such as Utility Vehicles (UTVs), Rail Bound Maintenance Vehicles (RBMVs), Track Laying Equipment (TLE), Rail Threader & Rail-cum-Road Vehicles over Indian Railways.

Seventy per cent of the existing fleet of machines have been manufactured by a world’s leading manufacturer with a local content in the range of 20 per cent to 50 per cent.

This year saw improved sleepers and fittings. In order to strengthen track structure, a wider and heavier sleeper has been developed in 2014 which is fit for 25 t axle load at 100 kmph. After successful field trial over five Zonal Railways wider and heavier sleeper has been adopted and approved for full use from FY 2019-20. This is done in a record time of 3 years from drawing board to insertion in field for trial against normal period of 8-10 years.

A web based system for granting permission of track crossing related to various public utilities like water, sewerage, gas pipeline, OFC cable has been developed and made operational on Indian Railways since April 1, 2015.

This system provides submission of online application and knowing status of the same till permission is granted. This avoids the frequent visits of the user to the Railway Offices for knowing the status of application.

To expedite clearance of track crossing cases, power to accord sanction is delegated to DRM for all the cases.

Indian Railways has already completed most of the work related to digitization of land record.

Station beautification became an important constituent of development this year as Railways launched an innovative initiative for the station beautification with wall art of paints and graffiti or local arts with participation of local artists, private groups and volunteers. At least 65 stations across Zonal railways have been beautified under this initiative by utilising skills of local artists, mostly using local art form, painting style, local themes or contemporary arts.

Indian Railways has also commenced work on soft upgradation of 68 stations . This is targeted to be completed by March 31, 2019. This initiative is to give substantial improvement to various passenger amenities like traffic circulation, inter platform transfer, waiting halls, facade improvement, lighting and accessible stations to Divyangjan.

Also Railways introduced many modern trains, coaches in 2018 like Humsafar Trains which have additional amenities in the coaches have recently been introduced for providing comfortable Air-Conditioned III Tier travel. So far 29 Humsafar rakes (9 rakes in 2016-17, 10 rakes in 2017-18, 10 rakes in 2018-19 up to 30.11.18) have been turned out by the Production Units.

Passengers could have different experiences through fully geared up Antodaya trains, Deen Dayalu Coaches, Tejas trains. Vistadome coaches with enhanced viewing area including on roof to enable tourists to enjoy panoramic view while travelling. The feature has been well received. Total of four such coaches are in service on scenic sections.

Project Swarn was started to upgrade the condition of Rajdhani and Shatabdi Express Trains, with the objective of significantly improving the passenger experience across 9 dimensions which include coach interiors, toilets, onboard cleanliness, staff behavior, catering, linen, punctuality, security, on-board entertainment. Real time feedback is also a part of Project Swarn. Under this scheme total 29 trains as targeted have been covered at Rs 50 lakh per rake.

In cleanliness, steps taken by Railways include integrated mechanised cleaning was provided at 488 Railway stations up to March 2018. It is now provided at 697 stations, independent third party Survey of passenger perception on Cleanliness standards of 407 major railway stations carried out first time in 2016 and repeated in 2017 and 201, On Board House Keeping Service (OBHS) is being provided since 2008-09.

Moreover, all Rajdhani, Shatabdi, Duronto and other important long distance Mail/Express trains are provided with OBHS for cleaning of coach toilets, doorways, aisles and passenger compartments during the run of the trains. Service is supported by sms based on demand ?Clean-my-Coach? service in 1059 trains, augmented to ?Coach-Mitra?, since 2017-18 to cover over 1020 trains presently. Railways are setting up mechanized laundries for improving quality of washing of linen provided to AC coach passengers.

With a view to transforming Indian Railways into ?Green Railways? and to capture the economic benefits of electric traction in an accelerated manner, Indian Railways has planned to electrify balance BG routes by 2021-22.

Base off executing agencies have been broadened and projects covering 1,735 RKM have already been entrusted to Govt PSUs i.e. IRCON, RITES and PGCIL. Timelines and approving authorities for various drawings/schematic/plan approval for RE projects have been re-defined. It has been decided that ?Henceforth, where, electrification and doubling works are sanctioned; both works shall be executed by the same agency.”

In its green initiatives for saving the environment, assessment and rating of IRs Production Units and major Workshops as Green Industrial Units started with ‘GreenCo’ certification of two workshops and one production unit in 2016-17. Thirtyone more Workshops, 4 more Production Units, 2 Diesel Sheds, one Stores depot and 2 STCs have been ‘GreenCo’ certified since. Twentytwo of these units have been certified in current financial year 2018-19.