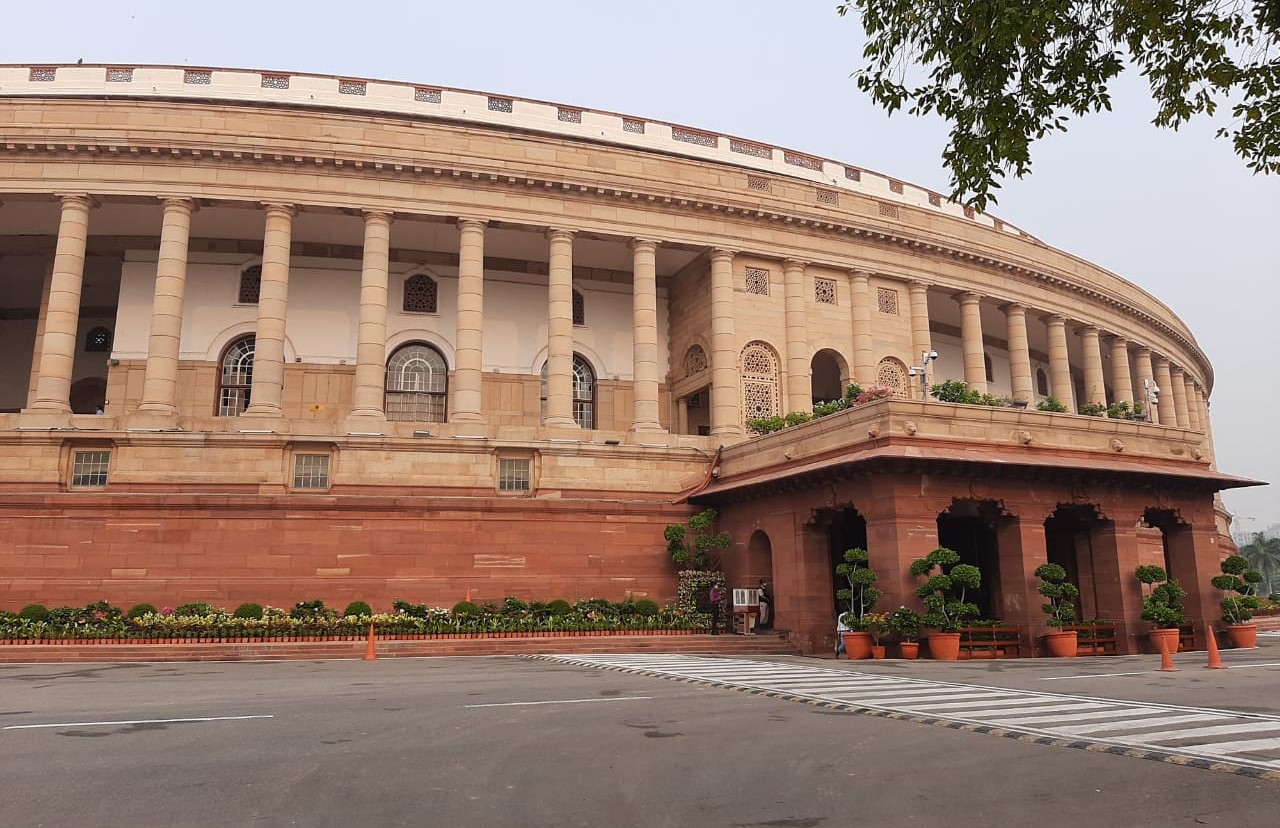 New Delhi:  Rajya Sabha has been adjourned for the day after completing the listed business. When the House met post-lunch at 2 PM, it took up Delhi Special Police Establishment (Amendment ) Bill 2021 and Central Vigilance Commission (Amendment) Bill 2021 for consideration and passing.

Parliament has passed the Delhi Special Police Establishment (Amendment) Bill, 2021. The Lok Sabha has already passed the bill. The Bill will replace the ordinance promulgated in this regard. The Bill seeks to amend the Delhi Special Police Establishment Act, 1946. Under the Act, the minimum tenure of the Director of Central Bureau of Investigation is of two years.

The Bill permits extension of the tenure of the CBI Director up to one year at a time, till the completion of five years from the initial date of appointment. Such extensions may be granted in the public interest, on the recommendation of the Committee. Minister of State in the Prime Minister’s Office, Dr. Jitendra Singh said that the amendment brought in the bill reiterates the commitment of the Narendra Modi government of adopting zero-tolerance against corruption.

He said that in several countries, the term of Director and Chief of premier investigation agency is in the range of 6 to 10 years, and in the case of CBI, the tenure of Director is fixed as a minimum of 2 years but how much beyond it, is not defined. He said, with a view to make the Agency more democratized and institutionalized, the amendment to the existing Act has been brought. He said, after two years the tenure of Director of CBI will be extended for one year at a time. The Union Minister said that the Modi government wants to make the law more candid and clear.

Initiating the discussion on the bill, Lt General ( Retired) D P Vats of BJP said that the bill has been brought with the intention of bringing ease of work and ensuring stability. Dr. Amar Patnaik of BJD while supporting the bill demanded the government to ensure that the action of the CBI during the investigation appears to be just, fair and independent.

Dr. M Thambidurai of AIADMK supported the bill saying the Modi government has brought this bill in a democratic way. Ram Nath Thakur of JD(U) stressed the need of fixing a timeframe for completing the investigation in the case. Members from other political parties also participated in the discussion. Members from Congress, Shiv Sena, DMK, and NCP staged a walkout from the House.

Presently, the Director of Enforcement has a tenure of a minimum of two years. The Bill adds that the tenure of the Director may be extended by up to one year at a time, till the completion of five years from the initial appointment. Such extensions may be granted in the public interest, on the recommendation of the Committee. Under the 2003 Act, the Director of Enforcement is appointed by the central government, on the recommendation of a Committee.

This Committee is chaired by the Central Vigilance Commissioner and includes the Secretaries from the Ministries of Home Affairs, Personnel, and the Revenue department. The Bill was moved by the Minister of State in the Prime Minister’s Office Dr Jitendra Singh in the House. Replying to a debate on the bill, Dr. Singh said that Prime Minister Narendra Modi accords the highest esteem to the institution of Enforcement Directorate because he has nothing to hide.

Dr Singh said that the crusade against corruption under the leadership of Prime Minister has reached a decisive turn. He said, the Prime Minister when took the Charge in 2014, in his very first Cabinet meeting, decided to constitute Special Investigating Team on black money. He said, the amendment to extend the tenure of Director of Enforcement in the bill is intended will ensure continuity and to avoid any advantage to the person against whom the investigation is going on

Initiating the discussion on the bill, Suresh Prabhu of BJP said that the tenure of the Director of Enforcement should be till such time that the concerned person can discharge the duty efficiently. Participating in the discussion, Ramdas Athawale said his party RPI supports the bill as it has been brought with an intention of curbing corruption and black money. Pilli Subhas Chandra Bose of YSRCP and Sushil Kumar Modi were among those participating in the discussion.

Earlier, when the Rajya Sabha Chairman M Venkaiah Naidu tried to run the Question Hour after completing Zero Hour, opposition members raised the issue of suspension of 12 members and demanded revocation. Mr. Naidu urged the agitating members to allow the House to function but the opposition members including Congress, AAP, NCP, and DMK trooped into the well and started sloganeering. The Chair also took objection to the behavior of the AAP leader Sanjay Singh and asked the Marshall to take him out. In the meantime, the Chairman had to adjourn the House till 2 PM due to the noisy scene.

Earlier, when the House assembled for the day, papers were laid by the concerned Ministers and members. After that, Mr. Naidu started Zero Hour but the opposition members raised the issue of suspension of its members. The Chairman appealed to the members to allow the House to take up Zero Hour as it is very important. The Members from different parties raised matters related to public interest amid noisy scenes.