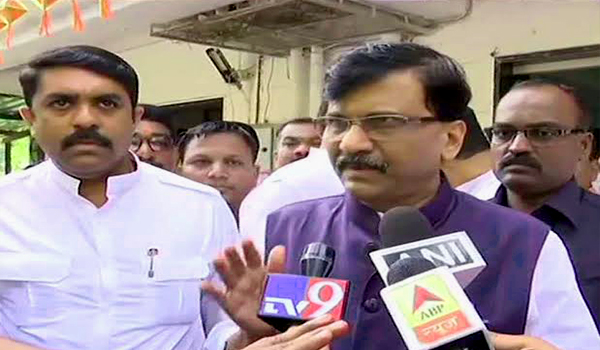 Mumbai/Panaji, Nov 29 (IANS) Shiv Sena MP Sanjay Raut on Friday predicted that after Maharashtra, there could “be a miracle” and a potential political earthquake in Bharatiya Janata Party-ruled Goa soon.

“At least four MLAs, including those with Goa Forward Party President Vijay Sardesai are in contact with Shiv Sena. We plan to form a separate front in that state with various parties, including Congress. We are hopeful that there could be a ‘miracle’ in Goa also soon,” Raut told the media.

Interestingly, Sardesai has repeatedly insisted, that while his party opposes the BJP-led coalition government in Goa, his party continues to be a part of the pan-India National Democratic Alliance. Sardesai was sacked as Deputy Chief Minister soon after Pramod Sawant took charge as Chief Minister after the demise of Manohar Parrikar in March this year.

The Congress is nonchalant vis-a-vis Raut’s announcement of forming a separate front to take on the BJP in Goa. “There is no front today. Is it a legislative front or a political front which he is talking about?” Goa Congress spokesperson Trajano D’Mello said.

The Congress spokesperson also said that Sardesai’s Goa Forward party was one of the political outfits which helped the BJP foist an “illegitimate government” on the people of Goa, despite the BJP emerging second in the legislative tally in the 2017 Assembly polls.

“This government is bound to break sooner than later, because it represents the height of illegitimacy,” D’Mello said.

While the Goa Forward debuted in the 2017 polls and won three seats on an anti-BJP plank, the Shiv Sena has a poor footprint in Goa, with the party not being able to elect a single MLA to the 40-member Goa Assembly for nearly three decades now.

On the back of a series of defections, the BJP currently has 27 MLAs and the support of three independent MLAs. The Congress which had 17 MLAs in 2017 has been reduced to five, the Goa Forward has three legislators, while Maharashtrawadi Gomantak Party and the Nationalist Congress Party have one MLA each.