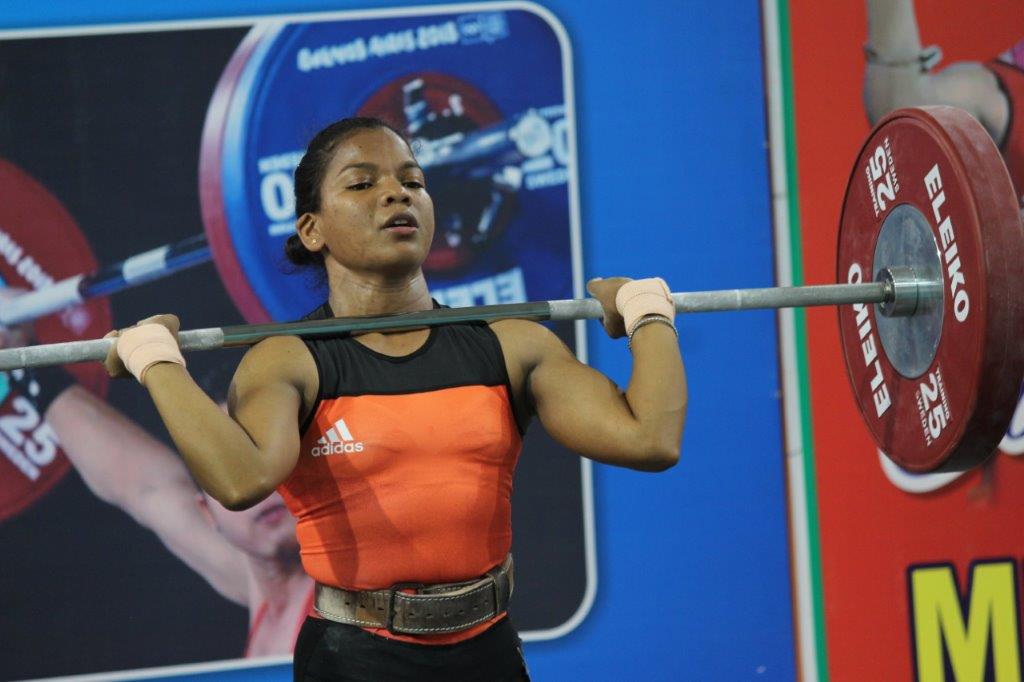 Bhubaneswar: After a string of impressive performances, 22-year old Jhilli Dalabehera from Nayagarh in Odisha is determined to make a mark at the Asian Games in Hangzhou, China later this year.

In December, Jhilli won a silver medal at the Commonwealth Weightlifting Championships in Tashkent with a tally of 167Kgs but despite finishing on the podium, she wasn’t satisfied with the effort as it fell well short of her personal best mark of 176Kgs.

“I had a bad start to the competition, when I failed in my first two snatch attempts of 73 Kgs,” said Jhilli, reflecting on her performance. “I eventually managed to register a lift in my final attempt. This led to a reduced score in the Snatch where I could have lifted 78 Kgs or perhaps even more. Failing on the first lift is a big setback as it crushes your confidence and leaves you blank at the competition. It is important for weightlifters to learn to cope up with such adversity and bounce back strong.”

Coming from a family of modest means, Jhilli showed early promise as an athlete and began her journey at the sports hostel at the Kalinga stadium in Bhubaneswar. Her career received a boost in 2019 when she was included in the elite athlete scholarship scheme of Reliance Foundation Youth Sports (RFYS).

Besides financial support towards competition travel, Jhilli was assured of specialised care from the cutting edge sports science and medicine expertise team at the Sir H.N. Reliance Foundation Hospital and Research centre in Mumbai. Jhilli could now access a dedicated physiotherapist, strength & conditioning coaches and specialist input in crucial areas such as rehabilitation, nutrition, psychology and data management and analysis.

Maithili Bhuptani, the Lead Sport & Exercise Psychologist at the Sir H.N. Reliance Foundation Hospital and Research Centre, was among the first specialists to engage with Jhilli. Bhuptani prepared a detailed, individualised plan for Jhilli, setting well defined goals, recalling previous success through visualisation techniques and increasing her self-awareness of her own emotions.

Besides Bhuptani, Jhilli also received inputs from nutritionist Mihira Khopkar who helped her in aspects such as retaining muscle mass to build further on her strength and power when Jhilli changed her weight category from 45Kgs to 49Kgs. Physiotherapist Hariyali Barot has been another staunch ally, identifying areas that need special attention such as shoulder & hip mobility, upper body strength, development of major muscles and core muscle strengthening.

With the RFYS support program as a steadfast support in her corner, Jhilli is now focused on the next stage of her career. Her long term goal she says, is a medal at the Olympics.