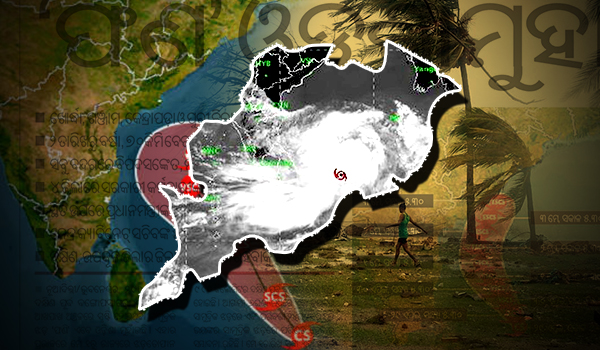 Nothing could have been more nerve shattering than the scary forecast on the building up cyclonic storm FANI and the simultaneous dreading takeaways by the electronics media to be specific. Prevention is always good but that does not mean that we make out a hydra headed monster from the premises of an apprehension.

Contents in the bulletins, almost going 24X7 in few channels ,can really batter anybody’s  confidence when the presentations tend to create a kind of panic  rather than dissemination .

It is still fresh in the memory of many of us that, how an apocalyptic oceanic fury like 1999 Super Cyclone had nearly devastated more than 14 districts in Odisha ,claiming human lives in thousands and lakhs of live stock fell victim to it.

It can well be said that during that time  there was a gross lack in information technology and awareness among the people to face a disaster of that magnitude was wanting. Yet a certain amount of equanimity among all concerned could help the situation from being more catastrophic.

Subsequently, Odisha has witnessed less intense oceanic invasions like Phailin, Hud-hud, Titli and so on. But what is bit panicky this time is the fiery descriptions of the ensuing storm made more ominous  by the choice of terminologies which instill more fear than precaution.

Such approaches by the media, in fact, always add to the complexities, and rather than helping the situation,  create scopes for people in politics to make hey even in the deluge.