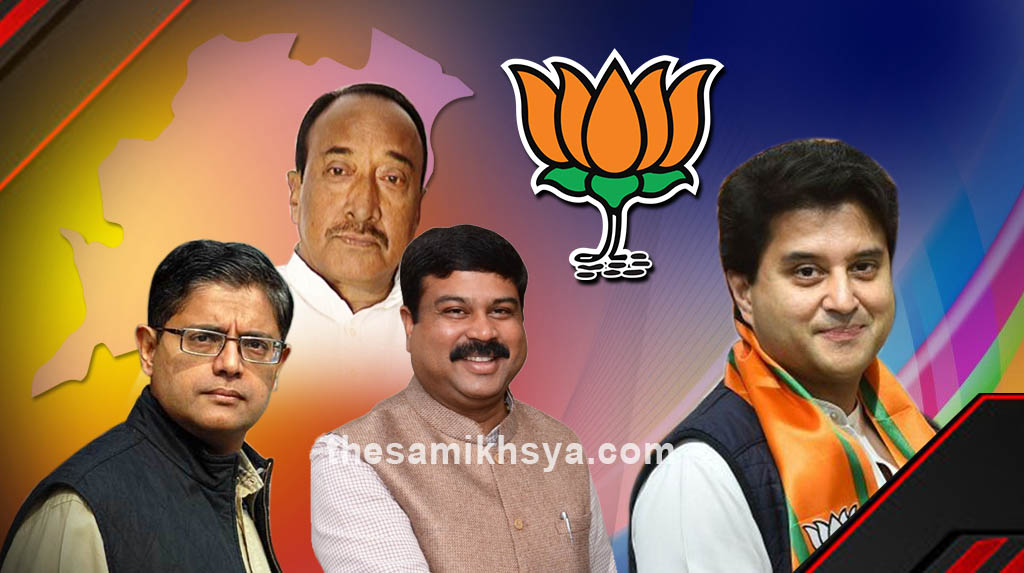 Bharatiya Janta Party has done it at last by whatever means it may be ascribed to by critics, taking Jyotiraditya Scindia into the party and readying to form the government in Madhya Pradesh but without him.

However, in this taking the clock back exercise, the leaders from other parties joining the BJP whether have been able to benefit from the political spinoffs is a very tricky question.

Influxes into BJP in Odisha

But, the precedents so far show that, such leaders from Odisha who had shifted from other parties to the BJP and the latter readily accepting the deserters, none of the lot seemed to have made a mark in the BJP.

There are few very paradigmatic examples of the leaders from the Biju Janata Dal who had joined the BJP but are still far from the genius of theirs’, if they had any, to claim a place in the party.

One of the first among them was Bijay Mohapatra, who had joined the BJP after a stint of experiments on his own. His period of honeymoon with the BJP was too short-lived. What can be best described that, his role in the BJP was nothing more than a sidekick and rest is history.

However, one of the most discussed inclusion  was that of Baijayant Panda, who walked into the BJP after a prolonged teasing with a goal to become a deep watermark in the party in his pursuit to dwarf the local face like Dharmendra Pradhan.

However, he had to be content with the post of a national vice president of the BJP when his political stature suffered a nose-dive in Kendrapada Lok sabha polls .

Once a strong man of the BJD, Damodar Rout, was a classic case to whom disillusionment with the BJP came like an apparition and, as on date, he is still found nursing his wounds, let alone a position.

Similarly, there were a few more leaders who had jumped over to the saffron camp and no body knows where are they politically.

In the case of the BJP, its leaders are so pitch-perfect that, for any outsiders coming in, they can outwit any such dreamer to an extent that, he or she is always left with the mental discomfort to think that, if there were any other comfortable roads suited to him or her.

If  Scindia has any illusion over his place in the BJP, he cannot afford to be a judge to set his royal standard or survive with opinions those are any severe in nature.

Because, in the BJP, there are no bigger faces than the existing ones like the Prime Minister Modi and Amit Shah with whom he cannot even dream of being at war. Which is a realisation he must have had after his defeat in the 2019 Lok sabha polls.

He has to be one among the lot who had crossed over in recent times and have been reduced to be the mediocre entities.