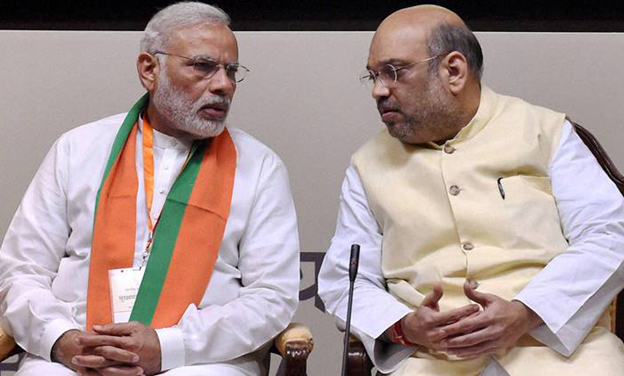 Prime Minister Narendra Modi’s Monday visit was his third to Odisha this year.

He is expected in the state once again next month and one can safely assume that there will be many more visits from him in the run up to the 2019 elections, which have assumed an extraordinary importance for him and the Bharatiya Janata Party-led NDA in the wake of party’s defeat in Rajasthan, Madhya Pradesh and Chhatisgarh assembly polls, widely seen as the semi-final before the battle royale for the throne of Delhi.

By all accounts Odisha figures prominently in the BJP’s scheme of things for 2019. The state is a key element of the party’s “look east” policy that paid rich dividends in Assam where it has formed a government for the first time in the history of the state.

But even die-hard optimists would agree that Odisha is no Assam and the ground realities in both the states are entirely different. While a variety of factors had made Assam a favourable battleground for the saffron party, Odisha, as things stand today, cannot be its happy hunting ground. Yet BJP chief Amit Shah, who has the reputation of being a hard taskmaster and an impeccable strategist, has set the state unit a target of 120 plus assembly seats.

There is nothing wrong with setting the bar high but one should not lose sight of the reality. Given that chief minister Naveen Patnaik is well entrenched in the state and his Biju Janata Dal enjoys a much stronger organisational and support base, the target set by Shah appears to be aimed more at motivating the cadres than actually achieving a practical goal.

Shah, who has made several visits to the state this year addressing public meetings and holding motivational sessions with state party leaders and workers, knows only too well that post 2009, when his party’s alliance with the BJD collapsed in Odisha, the latter is struggling to stand on its feet in the state. That the party was piggy-riding Patnaik became obvious in the 2009 elections when it could win only six assembly seats while being blanked in the Lok Sabha.

The message was clear that for the people of Odisha, Patnaik was the mascot of the BJP-BJD coalition in the state from 2000 to 2009 and he was credited for whatever the coalition had achieved during this period.

There was no major turnaround in the fortunes of the saffron party in the 2014 elections when its assembly tally rose to 10 and its candidate, Jual Oram, currently a Union minister, managed to scrape through in Sundergarh Lok Sabha seat taking advantage of a triangular contest. Though Prime Minister Modi was generous enough to accommodate two Odias – Oram and Dharmendra Pradhan – in his cabinet, the gains for the state have not been commensurate with the clout of these ministers.

On the other hand, senior BJP leaders including the two ministers have spent a lot of time trying to score political points over chief minister Patnaik and other BJD leaders. They have frequently engaged in verbal duels over schemes like distribution of cheap rice and the Biju Swasthya Kalyan Yojana, which Patnaik insists on giving precedence over the Centre’s Ayushman Bharat.

However, as the sparring between the two sides over these issues continues, the people appear more concerned with the immediate benefits they are reaping from state government schemes like rice for Rs.1 a kg and Madhu Babu Pension Yojana. They have been watching with barely concealed amusement the political slugfest over Paika rebellion which seems to be more of an ego trip with no impact on the lives of ordinary people.

It is here that Patnaik scores over Modi and his lieutenants in the state. He also seems to be one up over the BJP in terms of organisational network despite the hype created by the saffron party leaders around their good showing in the last year’s panchayat polls which saw the number of their zila parishad seats going up significantly. The fact remains that BJD today has an organisational base in almost every panchayat of the state, thanks to programmes like Ama Gaon Ama Bikash and the ones aimed at creating a voluntary force of youths.

Though the BJP, too, has been trying hard to reach people right up to the booth level it is at pains to explain why it has moved away from issues like the development of western Odisha, which had helped it gain a foothold in the western belt. The truth is that it compromised on these issues while ruling the state in tandem with the BJD and could never regain the confidence of people. Doing so would be extremely difficult now.

Given this backdrop, Shah’s target of 120 plus assembly seats for the state BJP leaders is nothing more than so much of hype to create an impression that the party is actually on an upswing in the state. The reality, though, is completely different.