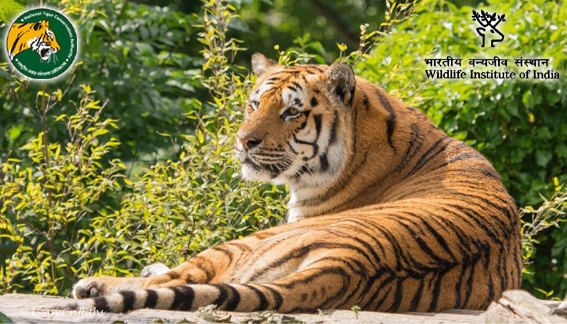 It was all superbly managed. It was as if the stage was set and the enactment already forethought of done.

The needle of suspicion was pointed at the neck of MB2 (also known as Mahavir). There was a wound and there were maggots and all that happened within 24 hours or little more time, which resulted in the death of the tiger. A theory pre-propounded by the middle-liners was endorsed by all.

There was no “lack or lapse in the monitoring on the tiger” and the rest was left to investigations was what additional principal chief conservator of forest Dr. Sudarshan Panda told the media adding that there was no question of hunting. Now, as predicted in these columns, a team from the National Tiger Conservation Authority and Wildlife Institute of India have arrived. For what? If the Satkosia DFO is assigned to do the inquiry then, he can certainly not contradict his initial observations that the cause of the death was due to the wound. A wound with a characteristic to decompose and grow maggots within 24 hours!

The entire sequence is filled with wonders and one wonders at the multitudinous nature of the confusions and predictable conclusions arrived at. Whom are they fooling? It is a dog-eat-dog situation created by fear of getting caught on the wrong foot.

Nobody would say anything new. There will be high-end visits at the state expense from authorities or institutes, manned by people who may not dare to differ from each other. In fact, once you reach the position, then no matter what you know or what you were doing as your chosen field of expertise in the past few years, you keep your mouth shut. As an adage goes, “An expert habitually stops thinking.”

It is even interesting to see people from the background of snake-catching or ‘snake-line’, now wear the cloak of wildlife experts to speak on tiger conservation in television debates. It is not to demean someone personally but what worries is the willingness to mask ignorance.