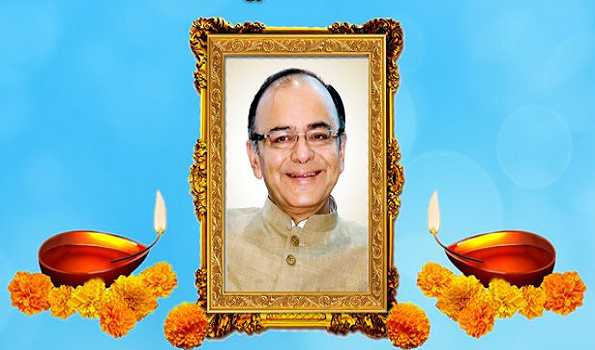 Arun Jaitley, who passed away on Saturday morning after a long illness, was the master strategist of the BJP government which is in its initial stages of its second term in power at the Centre. Clearly, his absence will be deeply missed by the ruling party.

His sharp legal mind, analytical power and putting things in perspective had made him a much sought after politician by all in the BJP, the party with whom he had a long association since it was founded in 1980.

If former External Affairs Minister Sushma Swaraj swayed even her opponents with her charm and oratorial skills, it was Arun Jaitley who was regarded as the brain of the ruling party. Both the stalwarts fell to health complications after kidney transplants and passed away shortly in quick succession.

By any measure it is a big loss for the BJP who will find itself bereft of the two leaders who had emerged as defenders of its policies. In addition,   Jaitley had emerged as the chief strategist of the BJP who formulated and defended the ruling party’s economic policies and fiscal reforms as Finance Minister in the first innings of the Modi government.

A trusted hand of Prime Minister Narendra Modi, Arun Jaitley had friends cutting across political affiliations and was able to take them along while ensuring a smooth sailing for the ruling dispensation.

His indispensability could be judged by the fact that at one time in NDA government’s first term, Mr Modi trusted him with crucial ministries of Finance, Defence, Corporate Affairs and Information and Broadcasting. He essayed his role with elan and effortless ease.

Both Sushma Swaraj and Arun Jaitley were part of the core team of BJP patriarch L K Advani who nurtured their talent and gave them bigger roles in the governance structure.

Arun Jaitley, right from the beginning, had supported Mr. Modi’s candidature as the party’s choice for the top post of the Prime Minister and defended Mr Modi on all platforms. Though he contested his first Lok Sabha election from Amritsar in 2014 , he lost to Congress leader Captain Amarinder Singh.

He entered Parliament as a Rajya Sabha member and as Finance Minister presented Union Budget of the Modi government for four years of the previous termof the NDA . But this year the role was given to Piyush Goyal who had to stand in for  Jaitley due to his poor health.

As the BJP readied for fighting general elections in 2019,  Jaitley wrote to Prime Minister Modi, formally requesting him to let him have a reasonable time for himself, his treatment and health and refused to take up any ministerial responsibility.

The senior BJP leader had said that he would have time to take up any work informally to support the government and the party. His public appearances had become rare over the past few months but he had continued to defend the government through his blogs and postings on the social media.

Jaitley went to Delhi University’s Sri Ram College of Commerce and made his debut in politics through the ABVP, the student wing of the BJP. During 1975-77 when the Congress government of Indira Gandhi imposed severe restrictions during Emergency,   Jaitley supported the JP movement and was jailed.

As a senior lawyer,   Jaitley had a flourishing practice in the Supreme Court and dealt with a number of high-profile cases. His interest in cricket was well known and he had also headed the Delhi Cricket Association.

His informal interactions with members of the media and easy access had endeared him to the community from the Fourth Estate. His interactions in Parliament’s Central Hall were much sought after and he could easily demolish his opponent with his wit and convincing power. Controversial and complex government policies were easily explained by him in a forthright manner, without letting out the impression that he had concealed anything from journalists.

He was admitetd to the All India institute for medical sciences on August 9 after complaining of breathlessness and weakness,

Initially, he was on advanced life support system and under continuous monitoring of a multidisciplinary team of doctors. He was also suffering from Diabetes and was recently treated in the US in January for soft tissue cancer.

Later, he stopped responding to treatment and his condition deteriorated on Friday night.

He is survived by wife, son and daughter. It would be impossible for the BJP to find a replacement for  Jaitley and his void, most certainly, will be felt acutely by the party for a long time to come.   (UNI)