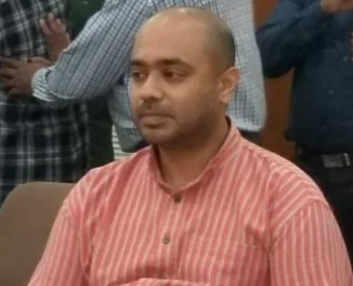 Known for his verbal lunacy accused Abheejit Ayer Mitra has at last been pinned down to silence. Mitra was alleged to have mouthed a lot of non-sense some days back insulting the sentiments and emotion of Odisha was seen sitting like a lame-duck before the six member House Committee of the state Assembly on Tuesday, his eyes desperate in search of a moral lee way . He had to swallow his mindless incongruity and apologise for what he had done by making a mockery of Odisha’s cultural ethos and even using unpalatable sobriquets against the legislatures of the State.

It my be recalled that few days back during his appearance before the Supreme Court the apex court ad observed that for people of his type the jail is the right place to be in. However, his unconditional apology and an affidavit have not been able to reduce his ordeal as he has to appear once again before the Committee on the date given. Besides, Ayer has to answer a lot more at a police station in Bhubaneswar charged under several sections of the IPC today only. After that he has also to appear personally at a police station in Konark where he had video recorded the most derogatory walk-through demeaning the gravity of the cultural nunaces carved on the walls of the majestic Sun Temple.

After about two months long abandonment now he must have felt the terror of his own disreputable audacity which he tried to describe as ‘ humour’ and get away with. Be it a man from Odisha or outside people in general had observed on his so called “humour” as a feverish mental hallucination only can be seen in a lampoon of prep-school boy.