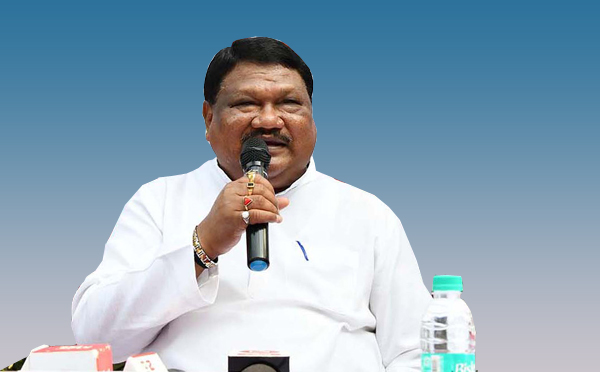 On May 30, Narendra Modi took oath as Prime Minister. A total of 57 Union ministers took oath along with him.

One surprise omission was Jual Oram, who was the tribal affairs minister in the Modi government for the last five years.

Oram took his omission lightly. Talking to reporters in New Delhi, he said that over 300 MPs of the BJP had won in 2019 and out of them around 50 would be ministers. Some would get a chance while some others might not, the former Union minister said.

But political observers in Odisha see his exclusion from the Union ministry as part of the process of marginalisation of Oram, probably the BJP’s most visible tribal face in India.

Oram’s career in politics spans three decades. A former employee of BHEL, Oram joined the BJP in 1989 and was elected as an MLA from Banai assembly constituency under Sundargarh Lok Sabha constituency a year later. At that time, he was one of the two MLAs of the BJP, then a marginal political force in Odisha, in the state assembly.

After serving two terms as MLA, Oram was elected as Sundargarh MP in 1998. When the general election was held again in the following year, Oram was re-elected from Sundargarh.

Oram won from Sundargarh Lok Sabha seat for the third time in 2004, when the BJP led by Vajpayee lost the elections. In 2009, he lost his Lok Sabha seat to the Congress candidate, former Odisha chief minister Hemanand Biswal. But he bounced back in 2014 to win his seat again and become the lone BJP MP from Odisha, where the BJD led by chief minister Naveen Patnaik took away the rest 20 Lok Sabha seat in the face of ‘Modi wave’ across the country.

In 2019, Oram won in Sundargarh by a margin of over two lakh votes, more than the victory margin of other BJP Lok Sabha candidates in Odisha. This single factor, political watchers expected, would have ensured Oram a cabinet berth at the Centre. But the continuation of his marginalisation in the party probably denied the five-time MP the honour.

Till the beginning of 2014, Oram was the tallest BJP leader of Odisha. He could make it to Modi’s 2014 cabinet because he was the only elected MP from the state.

On the other hand, Dharmendra Pradhan, who last won an election in the state way back in 2004, was inducted into Modi’s ministry as a minister of state, but with an important portfolio of petroleum and natural gas. Later, Pradhan was promoted as cabinet minister of the same ministry.

In the last five years, Pradhan’s stature grew, while Oram’s shrank in the state politics. In the debates in state media, Oram was completely out the political discourse, which unofficially projected Pradhan, who has been elected to Rajya Sabha from states other than Odisha for last two terms, as the BJP’s chief ministerial face in the state.

When the BJP increased its Lok Sabha tally from just one in 2014 to eight in 2019, Pradhan was credited for the success, though he did not lead from the front by contesting in a Lok Sabha seat in the state.

But the fact is, the BJP has got most of its votes in its traditional bases of western and tribal belt of northern Odisha where Oram has some influence. The national party has won all five Lok Sabha seats in western Odisha – Sundargarh, Bargarh, Sambalpur, Balangir and Kalahandi. Besides, out of 23 BJP MLAs who have won in the simultaneous assembly polls, 11 are tribals.

However, the achievement of the BJP in western and tribal belts of Odisha is not reflected in Modi’s new ministry.

In contrast, of 21 ministers in the new Naveen Patnaik government, six including five cabinet ministers are from western Odisha.

Is the BJD concentrating in western Odisha where it is relatively weak, while the BJP has ignored its strong pockets? To rephrase the question, will the marginalisation of Oram have a bearing on the BJP’s future performance in western and tribal belts of Odisha?

We will have to wait to get an answer.