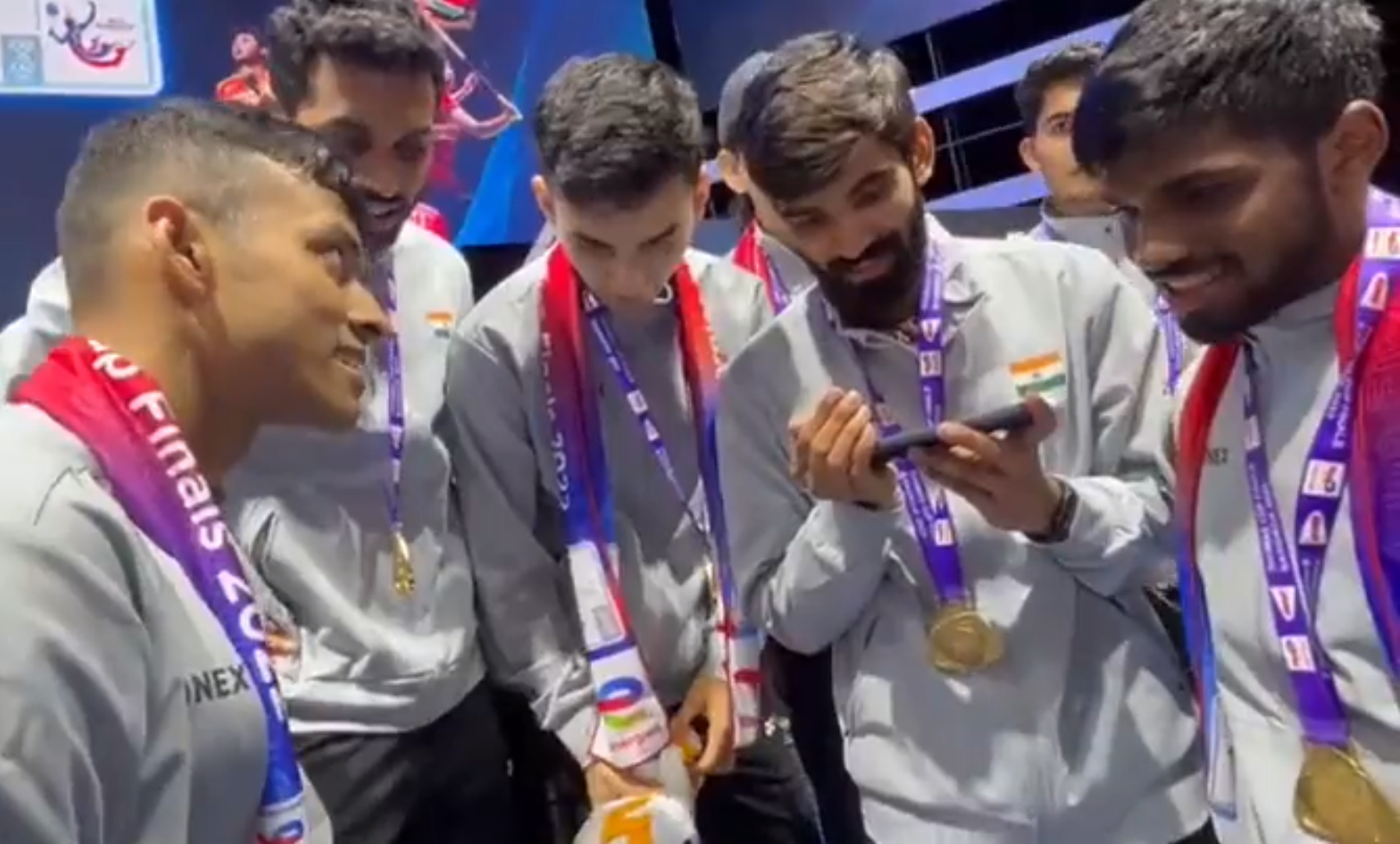 New Delhi: The Prime Minister Shri Narendra Modi interacted on phone with the Indian Badminton team that has scored the historic win at the Thomas Cup, today.

The Prime Minister congratulated the team and said that sports analyst will have to count this as India’s finest sporting win. He said that he was especially happy that the team did not lose any round.

The Prime Minister asked the players at what stage did they feel that that they are going to win. KidambiSrikanth informed him that after the quarter final, the team’s determination to see it to the end became very strong. He also told the Prime Minister that team spirit helped and every player gave his 100 percent.

The Prime Minister said that the coaches also deserve all the appreciation.

The Prime Minister, told Lakshya Sen that he will have to give him ‘Bal Mithai’ from Almora. The Ace shuttler hails from the Devbhoomi of Uttarakhand. The Prime Minister noted that Lakshaya is third generation player. Lakshya Sen informed that his father was present during the tournament.

He also echoed Shrikant and said that after quarter finals, belief in victory became even more concrete. HS Prannoy also said that winning quarter final was very important.After winning that, it became clear that Indian team was in position to take on any team. He said that team support resulted in defeating strong teams like Malaysia. The Prime Minister also congratulated SatviksairajRankireddy and Chirag Shetty for their victories.

The Prime Minister broke into Marathi with Chirag Shetty who informed him that nothing tops becoming world champion that too from India. “You all have achieved such a momentous feat. Entire team deserves kudos”. The Prime Minister invited them to his residence along with their coaches, on their return to India as he wished to talk to them and listen to their experiences.

The Prime Minister asked for the victorious team’s message for the budding athletes and young children who are taking up sports like Badminton, Table Tennis or swimming. Srikanth spoke for the team and said that today, there is excellent support for sports in India. Due to efforts of Sports Authority of India, Government, sports federations and at elite level- Target Olympics Podium Scheme TOPS the sportspersons are feeling very well supported.

If this continues, we think, India will see many more champions. He told the young children who are taking up sports of their choice that if they can give their 100 per cent than there is great support for them in India in the sports field. There are good coaches and infrastructure, if they are committed, they can do well at the international level. “If they can work with 100 per cent dedication, they will definitely succeed”, said Kidambi Srikanth.

The Prime Minister conveyed his regards and appreciation for the parents of the players as it is a challenging task to encourage children for sports and stay with them till the end. The Prime Minister joined them in their jubilation and chanting of ‘Bharat Mata Ki Jai’ at the end of the call.