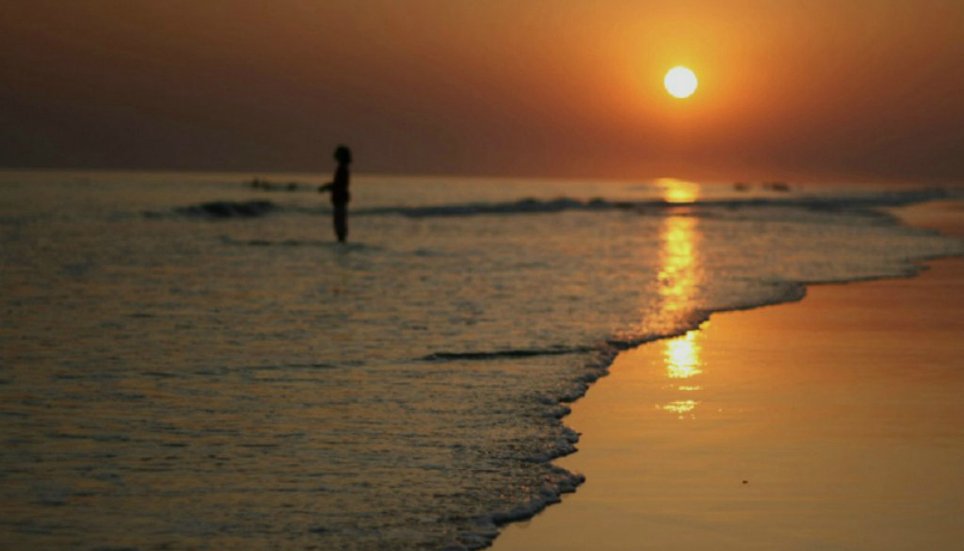 Visiting the many-splendoured state of Odisha the traditional way is a great pleasure but greater it is to traverse through the adventurous routes off the beaten track. 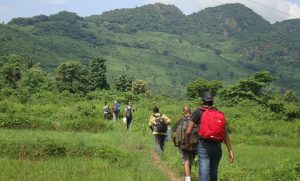 Trekking is one such way to unveil and enjoy her best kept secrets. There is much to see in the womb of nature and the trekking routes penetrate into an enchanting world of hidden treasures. The trekking trails of Odisha are still virgin as this area is just being explored. Experiments on a few, out of many, routes have yielded fascinating experience.

Though there are several routes, which need to be discovered and explored, here are four successfully tried treks on the north, east, west and south of the state:

Kuldiha hill trek: Kuldiha is perched in the dense forest on the fringe of Similipal National Park. While walking by the silvery streams and undulating vales on a day’s trek from Nilagiri to Panchalingeswar, coming across trumpeting tuskers and other wildlife is not a surprise. 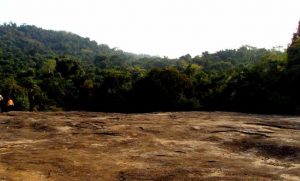 The sunrise and sunset are fantastic here. Nilagiri is the headquarters of the ex-state of the same name. At Panchalingeswar, a gurgling stream flows over a cluster of naturally formed five Siva lingams. As the lingams lay hidden beneath the water, it is adventurous and amazing to search and touch them. One has to virtually lie down on the slope, hold by one hand the branch of a nearby creeper or a boulder or someone’s hand to touch the lingams by the other hand.

Balasore, the nearest rail head, is only 25 kms away.

The golden beach trek: Covering a distance of about 160 km, this Konark-Puri-Chilika-Gopalpur beach trek is sandwiched between the blue waters of the Bay of Bengal with the Chilika lake on one side and the green mountains of the Eastern Ghats on the other. 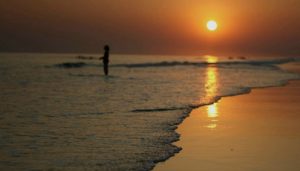 Running through interesting terrain, sand dunes, casuarina forests, rivers and creeks, the route provides variety and a piquant novelty. The Sun Temple at Konark, a world heritage monument, Jagannath Temple at Puri, one of the four dhams of India, dancing black bucks in the Balukhand sanctuary, cavorting dolphins and colourful birds of Chilika lake are the bonus attractions.

This trek can be done in one go of seven to 10 days or broken into parts of one-two-three days in phases.

While Puri is a rail terminus, 35 kms from Konark on the marine drive, Berhampur at 16 km is the nearest rail head for Gopalpur.

Gandhamardan hill trek: The Gandharmadan hill enshrines Nrusimhanath on its northern slope in Bargarh district. On the southern slope of the hill is Harishankar in Balangir district. To walk over the hilltop from Harishankar to Nrusimhanath or vice versa – a distance of 16 km – through the thickly wooded forest, by the side of a series of cascading waterfalls, is an experience by itself. Climbing 3 km uphill from one end, followed by walking on a plain hill top for 10 km and then climbing down 3 km on the other end, is quite enchanting.

Full of medicinal herbs, the hill is said to be a part of the mountain that, according to mythology, Hanuman carried from Himalaya to Lanka to save the life of Lakshamana. Described as Po-lo-mo-lo-ki-li (Parimalagiri) by the Chinese traveller Hieun T’sang, it was an excellent centre of Buddhist studies. Interestingly, the presiding deity of the Nrusimhanath temple is a ‘cat’.

Harishankar is a place of Hari Hara cult. This trek can be done in one day but it should be made in two days for more fun (with the night halt on the hill top).

Mahendragiri hill trek: The lush green hill of Mahendragiri is a repository of beautiful nature and ancient culture. There are remains of some earliest temples of Odisha. River Mahendra Tanaya wends its dappled way through the forest, which abounds in peacocks, flying squirrels and talking mynas. Hardly 26 km away from the sea, the 1,600 metre trek from the foothill to the hilltop is a cherished experience. It can be covered between dawn and dusk but a night spent somewhere on the way is delightful. Kainpur, a village on the foot hill, is the ideal base to start and end the trek. 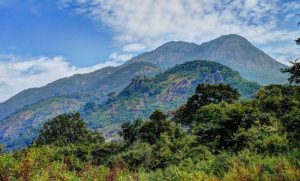 Palasa, at about 40 km, is the nearest rail head for Mahendragiri. One has to go via Paralakhemundi, about 115 km from Berhampur, and then to Kainpur 45 kms away by road to reach the destination.