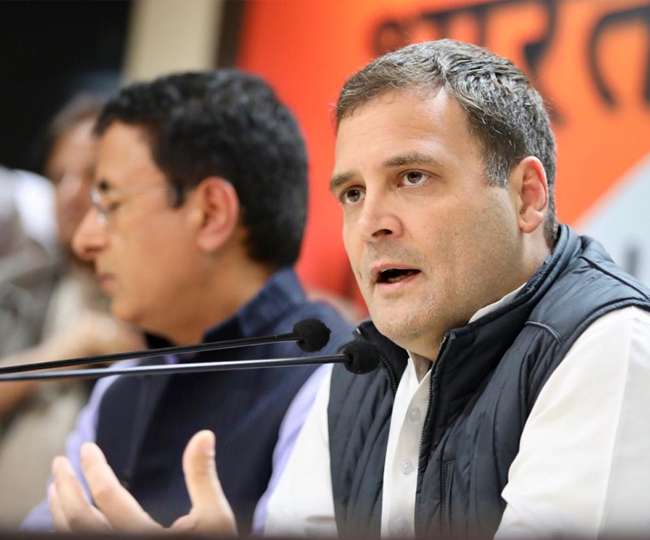 After a long gap, the television viewers and newspaper readers must have derived a feel of lightness far from the high decibel verbal acrobatics that kept the air heavy for the last few months. And the reason behind both the outcomes are obvious.

The Congress had never expected such a success at a time when their once formidable political opponent was riding on the crest of a wave of euphoria. That has apparently brought a kind of change in the tenors of Congress president Rahul Gandhi.

Maybe that is the load of responsibility, which has come on the Congress suddenly and it brings to mind few leaves from Prem Chand’s book “Nammak Ka Daroga” (custodian of salt), which talks about what happens when responsibility tied to certain commitments to the people comes on one’s shoulder.

Overwhelmed by the victory, Rahul Gandhi by now must have felt the weight of several promises including farmers’ loan waiver that the Congress had inked in its manifesto mounting. And other factors are no less on which the Congress tried in last five years to put the BJP on the mat. So the role reversal has transformed the vocabulary of Rahul who otherwise resorts to jibes of personal nature.

In his first reaction after the results were out the Congress president took the  humble route and did sound sympathetic to the outgoing chief ministers of Madhya Pradesh, Rajasthan and Chhattisgarh and assured to take things ahead from where they have left. His entire deliberation was packed with a dose of maturity and sobriety for the first time and that too in an election climate. That is because he knows it is no bed of roses and keeping the ‘feel good’ momentum intact till 2019 will be very difficult.

On the other side, Prime Minister Narendra Modi has maintained  a studied silence besides congratulating the Congress president. Used to political polemics, Modi had seemingly not expected such a debacle in all the three major states in general and Chhattisgarh in particular. It is a shock he may not have recovered from so easily.

Now, the cadres in the saffron camp must be wondering what happened to their party president Amit Shah, known for his diabolic, at least one or two, in each sentences of his speech when he is in a mood to outshout the enemy. The calm that prevails in his camp is rather a disturbing one.