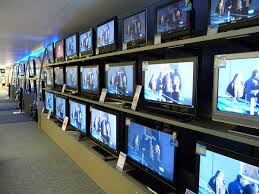 As the air grows to be hot and humid and the climate across the border emit a kind of fear-mongering feel, back home, the private television channels try to walk extra miles to suggest, get ready for the battle to come. Be it the national channels or the regional players, it is the television reporters and anchors who generate more heat than the enemy’s firepower.

In Odisha, the scene is not much different as majority have fallen in to trap ape their fraternity there in Delhi or elsewhere. Most often some television anchors in a number of channels here do the job of the opposition, even putting words into the mouth of the guest. Or he or she giving the political narratives more than the panellists or party spokesmen.

While at the national level the channels create the war hysteria, in Odisha we are in the middle of the elections! The results are, as if in their hard-disk and a good number of anchors, pathetically in disconnect with the ground reality, sermonise on topics they themselves have no first-hand feedback or research.

At times, it gives a feeling that the elections are not fought among the political parties but between the television moderators and the guests there at the panel among whom there are a few journalist-turned ubiquitous TV panellists doing the job of the opposition.

Insinuations are drawn with radical leanings at a particular political party or leader drawing parallels between now and 19 years back. At the national level, if you question  on touchy issues like surgical strike or number of terrorists killed at Balakot and so on, you are branded as an anti-national of sort. And such brandings are slapped on the questioner by the television anchors.

Similarly, in Odisha, the louder a panellist speaks against the ruling party in Odisha, laudable becomes his or her USP. Pretentious adjectives, pretentious dictum and a muscular approach towards the regime are kept hidden under sophistication of unrequired narratives to beat the ruling dispensation is all about it.

Some news anchors can be seen in a leading Odia channel, more often than not, so emotionally driven by the spirit of anti-Naveen editorial reign that they brook nothing against a national party that tries to unseat Patnaik and usher-in ‘parivartan’.