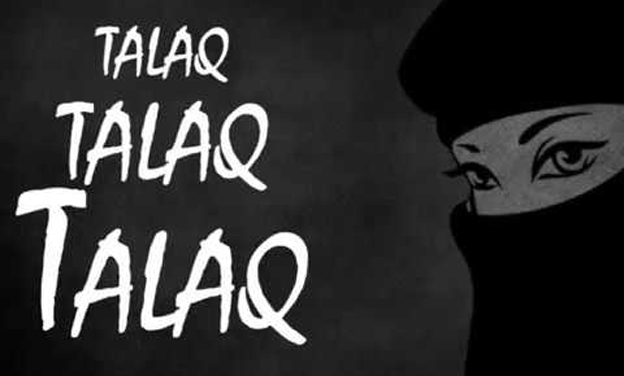 The fight against triple talaq was started by several progressive Muslim women who went to the court against the exploitative practice in their community that ensured the women always remained vulnerable. They were ably supported by progressive women and also men from all sections of society.

A five-member multi-faith bench of the Supreme Court comprising (the then) chief justice J.S. Kehar, a Sikh, justice Kurian Joseph, a Christian, justice R.F. Nariman, a Parsi, Justice U.U. Lalit, a Hindu and justice Abdul Nazer, a Muslim, gave a historic order on triple talaq in August last year. Terming the practice “unconstitutional”, the Supreme Court asked the government to formulate a law to prevent exploitation of women on the pretext of triple talaq and put an injunction on husbands pronouncing triple talaq till a law came into force.

The Narendra Modi government formulated a bill – the Muslim Women (Protection on Rights on Marriage) Bill 2017 – with a view to protecting women from illegal desertion by their husband. The bill, which was passed in the Lok Sabha in December 2017 made triple talaq or instant divorce in oral or written form by Muslim men a criminal offence that entailed a jail term of up to three years besides fine. It was opposed by the opposition parties for allegedly being arbitrary and faulty. It was defeated in the Rajya Sabha where the BJP does not have adequate number.

On Thursday, a reworked Muslim Women (Protection on Rights on Marriage) Bill was again introduced in the Lok Sabha and passed with a huge margin of 245-11. As most of the opposition parties staged a walkout raising objections to certain provisions, it is quite certain that the bill will again be stuck in Rajya Sabha where the BJP is in a minority. Again, the criminalisation of instant divorce is the main point of conflict between the BJP and opposition parties.

The BJP claims that it is duty bound to give protection to the Muslim women who are exploited in the name of triple talaq. The opposition parties accuse the BJP of setting a communal agenda to harass the whole Muslim community.

Is the BJP really serious about offering succour to the Muslim women? If it were serious, it would have taken the lead to reach to a consensus in formulating a watertight bill. Instead, it just tried to bulldoze the bill in the Lok Sabha in view of its majority though fully aware that it would not be passed in the Rajya Sabha.

The BJP’s moves reflect its mischievous political strategy at polarising society ahead of 2019 general elections. Such moves have actually harmed the cause of the Muslim women and thrown cold water on the valiant efforts of the progressive Muslims to provide justice to women in the community.

Questions are bound to be asked on why the Modi government has suddenly become so sympathetic to the Muslim women only in the case of triple talaq. What about other women deserted by their husbands in other communities?

The 2011 census reveals a startling figure. It says that at least 23 lakh women have identified themselves to be separated from their husbands. A staggering number of 19 lakh are Hindus while 2.8 lakh are Muslims. Some percentage of this 23 lakh may have walked out of their marriage willingly, but it is certain that a vast majority might have been deserted without any livelihood support. Has the government any plan to provide justice to them? If jail term is applied for Muslim men deserting their wives, it has to be applied to such husbands in other communities.

Besides, crimes against women as a whole in India are disturbing. Dowry death, honour killings, rapes and murders, human trafficking and forced prostitution are on a high. According to UNDP’s Gender Inequality Index 2017, India finds itself among the bottom 20% of the ranked countries.

In a society, where gender inequality is all pervasive, one cannot afford to be selective to score some political brownie points. It is nothing but divisive politics.