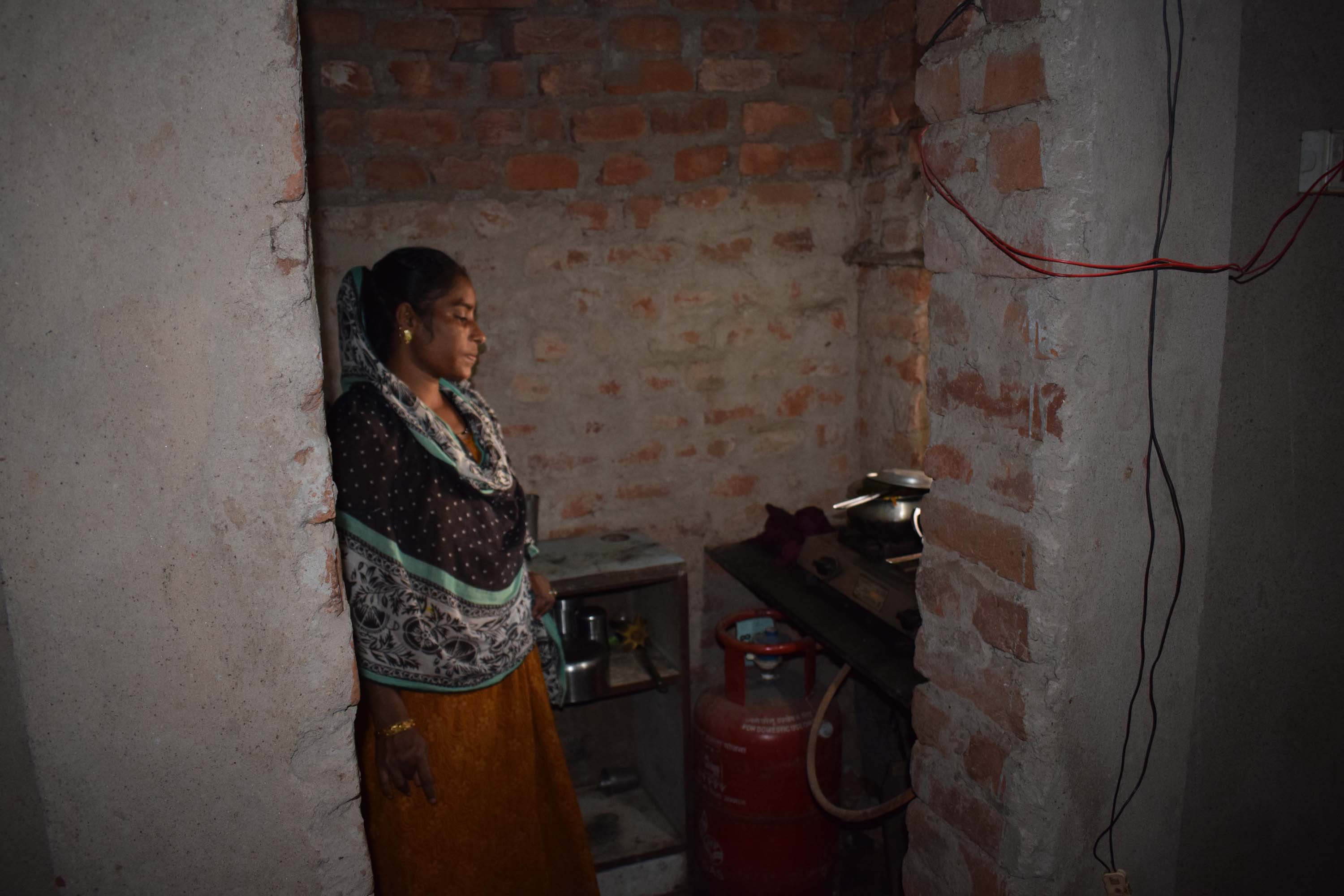 On March 31 last year, Swalia Bibi, a poor woman working as a maid servant in several urban homes, was part of an important milestone of the central government’s Pradhan Mantri Ujjwala Yojana.

On that day, she was surprised to see the officials of Indian Oil Corporation Limited and Hindustan Petroleum Corporation Limited standing at the doorsteps of her small house in Bhubaneswar’s Sikharchandi slum when she came back from work. She could not believe her ears when told that she has been chosen to be the 20,000,000th (2-croreth) beneficiary of an LPG connection under the scheme widely known as Ujjwala Yojana.

A special function was later organised in a city hotel to celebrate the statistical milestone where Union minister for petroleum and natural gas Dharmendra Pradhan gave away the prized LPG connection to Swalia (31) and her husband SK Faku (41).

The couple was quite exited to get the connection then. But a year and a half later, harsh reality stares at them: They may not afford to buy the refilled cylinders anymore due to steep rise in prices.

Since the family got their first LPG cylinder, they had taken another six refills so far. They had got the connection along with the gas stove as per ‘zero payment’ mode and so the subsidy amount supposed to get deposited in Swalia’s bank account goes towards repayment of the EMI.

But every successive refill has cost them more. Unable to cope with the rising prices, Faku has often borrowed from a local moneylender at an interest of Rs.150. “The last one two months back cost us Rs.820. However, when it was time to refill recently, the price per cylinder had gone up to Rs.930. Fed up, I have decided not to take it till we get sufficient money to buy a refill,” Swalia (in pic) tells thesamikhsya.com.

How do they cook then? She says they have to depend on firewood till they get the refill. That means the very premise of Ujjwala Yojana to provide clean fuel to the poor has got defeated in the case of an urban poor like Swalia Bibi.

Launched on May 1, 2016, the flagship programme of the Narendra Modi government meant to provide clean fuel to women from households belonging to below poverty line to protect them from indoor pollution and other health hazards. According to the 2010 Global Burden of Diseases, indoor pollution is the second biggest killer in India after high blood pressure. At least two persons die due to indoor pollution every minute in the country.

The government had set a target of releasing five crore LPG connections under Ujjwala Yojana by 2019, but has already crossed it by 2018. However, low percentage of second refill due to the lack of affordability of the poor women points has become a matter of grave concern. The government’s failure, on the other hand, to provide concrete data on refill has compounded the matter.

Replying to a question on the issue in Parliament on August 1, Pradhan quoted a second refill figure of around 80% under Ujjwala Yojana in India. But another related question specific to Odisha by Biju Janata Dal Rajya Sabha member Prashant Nanda elicited almost a contradicting reply from the central minister. He said that LPG connections had been released to over 30.48 lakh beneficiaries in Odisha till July 30. At least 8,18,786 and 6,45,265 beneficiaries went for second refill in 2016-17 and 2017-18 respectively. In percentage terms, they are quite low at 26.83% and 21.16% respectively.

Indeed, before using the LPG cylinder, Swalia used to fall sick time and again due to smoke from firewood and cough was her constant companion. But the clean fuel came as a succour as she started getting better with its regular use and completely overcome bouts of cough.

That was the reason they bought the cylinders in spite of rising prices even if it meant borrowing money from a local moneylender at the rate of Rs.150 per month when they did not have the money. The family of six, comprising four children between 10 and 18, started cutting on food, compromised on nutrition and cooked once a day to make it work. But ultimately Swalia and Faku felt more dependence on moneylender to get cylinders might ruin them.

This writer has found from his visits to rural areas that the rural Ujjwala Yojana beneficiaries have been giving up on LPG cylinders at an alarming rate. The rate second refill in the countryside may be much less, at around 15% as lack of paying capacity has forced the women to revert to alternative fuels like firewood, coal and dung cakes. However, urban poor like Swalia have desperately been trying to cling to LPG, partly because alternative fuels are scarce and partly because they have started enjoying cooking with LPG cylinder.

Faku hopes he gets money to buy his next refill. But with the cylinder price crossing Rs.1000, will it be possible?