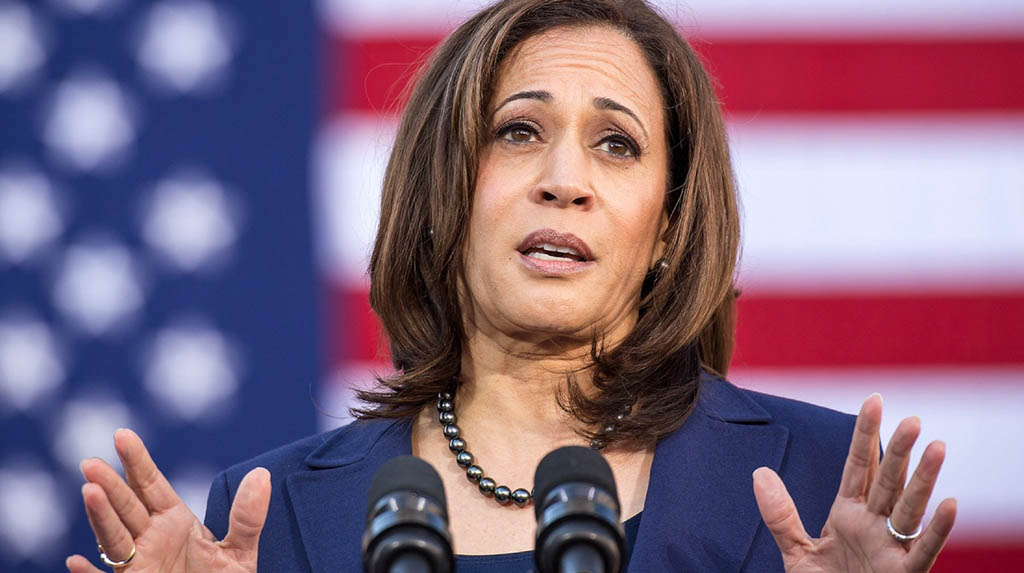 New York: With a stinging rebuke of US President Donald Trump as a “delusional” man and failed leader, Kamala Harris made her debut on the campaign stage as the Democratic Party’s vice presidential nominee and the star of the ‘Immigrant American Dream’.

A day after announcing her as the Vice President candidate, the presumptive Democratic presidential nominee, Joe Biden declared: “Her story is America’s story.”

The California Senator’s Indian and Jamaican-African immigrant heritage has been the centrepiece of the story of her becoming the first person of colour and the third woman to run for vice president on behalf of a major party.

“This morning, all across a nation, little girls woke up, especially little Black and brown girls a just maybe they’re seeing themselves for the first time in a new way, as the stuff of presidents and vice president,” Biden said introducing her as his running mate.

“She’s ready to do this job on Day One.”

The two were bitter enemies on the debate stage last year when Harris was also running for the presidential nomination. But on Wednesday on a different stage in Biden’s hometown Wilmington, Delaware, they were allies against Trump.

“America is crying out for leadership, yet we have a president who cares more about himself than the people who elected him.”

As an early gauge of her impact on his campaign since the announcement that Harris was the pick for Vice Pesident nominee, Biden said later at a fundraiser that $26 million had poured into their campaign in the past 24 hours and about 150,000 contributors were donating for the first time.

According to the RealClearPolitics aggregation of opinion polls, Biden’s lead over Trump had increased from 6.9 per cent on Monday to 7.3 per cent on Wednesday.

Harris blamed the COVID-19 crisis on Trump’s “delusional belief that he knows better than the experts” that led to the US being hit harder than any of the other developing countries.

She took aim at the state of the economy, which had been one of Trump’s achievements but is now hit hard by the pandemic.

“Because of Trump’s failures of leadership, our economy has taken one of the biggest hits out of all the major industrialised nations,” she said.

“This election isn’t just about defeating Donald Trump or Mike Pence. It’s about building this country back better.”

Biden called it “the battle for the soul of the nation”, adding: “I’m proud now to have Senator Harris at my side in that battle, because she shares the same intensity I do.”

The electoral reason for Biden choosing Harris is his hope that as a moderate she would reassure centrist voters who may be put off by the Democratic Party’s left that appears pull the party towards its ideological stance because of its voluble rhetoric.

The left has with some success cut police budgets and pushed for abolishing the police even as crime is rising in US cities and their supporters have been attacking police stations.

They also want nationalised health care, replacing private health insurance that most people working in the organised sector get through their jobs.

Biden, who will be 78 next year, wants to assure them that Harris, a likely successor, will be a moderate able to resist the leftward pull.

But Trump, to appeal to them has been making Harris out to be a radical hoping to scare them into voting for him.

It played on the old debate confrontation between her and Biden, saying: “Harris has repeatedly slammed Biden, going so far as to say that he supported racist policies that hurt the Black community.”

It accused her of supporting the “socialist health policies” of leftist Senator Bernie Sanders and the “Green New Deal” agenda of the party’s radical flank.

Trump at his news conference later in the evening picked up these themes and also added others.

He asserted that she would defund the police, cut the budgets for the military and impose new taxes.

Opening a new track, he alleged that she would promote regulations that would change the nature of suburbs, now mostly oases from the hardscrabble of cities, by importing urban problems.

He defended his handling of the COVID-19 crisis and the pre-pandemic performance of the economy.

If Biden and Harris were elected, their policies would plunge the economy into a crisis, he asserted.