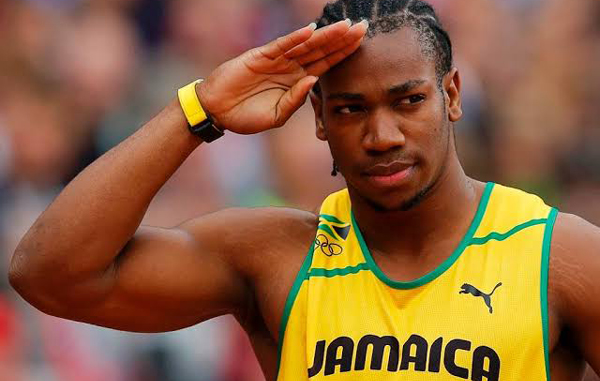 Mumbai, Dec 5: Jamaican sprinter Yohan Blake, who landed in India earlier this week, spent some time meeting Bollywood hottie Jacqueline Fernandez on her set on Wednesday evening. The duo was joined by none other than Salman Khan!

Blake in fact picked up a few Bollywood dance steps from the actress, who is currently shooting for a special dance number alongside Salman Khan for the superstar’s upcoming flick “Radhe”.

Jacqueline and Blake chatted on fitness and entertainment before the ace sprinter tasted Mumbai gourmet.

Blake is in India to create awareness on road safety in the country. Statistics reveal around 1,50,000 people are killed and more than 4,50,000 people are critically injured in road accidents in our country every year.

The sporting hero has collaborated with the Road Safety World Series, a T20 cricket event to be played between legends of India, Australia, South Africa, West Indies and Sri Lanka in February 2020 in Mumbai, Navi Mumbai and Pune.

Former cricket legends like Sachin Tendulkar, Brian Lara, Jonty Rhodes, Muttiah Muralitharan, Brett Lee and Virender Sehwag are among the 110 cricketers who have committed to playing in the tournament, which aims at raising awareness about road safety.

Blake has been brought on board as the ‘Road Safety Champion’ of the West Indies Legends team. Sachin Tendulkar and Sunil Gavaskar are the Brand Ambassador and Commissioner of the series respectively.