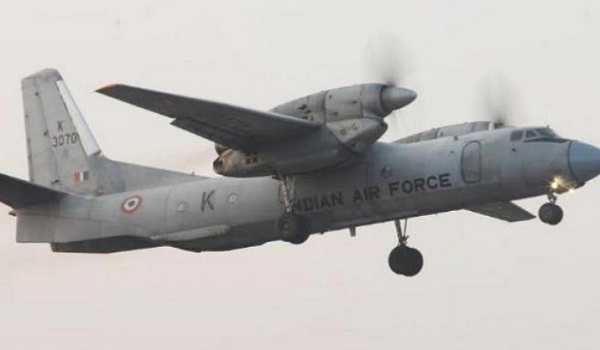 The Indian Air Force (IAF) on Thursday announced that none of the 13 people, believed to be on board the Antonov AN-32, have survived the crash.

In a tweet, the IAF said, “Eight members of the rescue team reached the crash site today morning. IAF is sad to inform that there are no survivors from the crash of AN32.”

“IAF pays tribute to the brave air-warriors, who lost their life during the AN-32 crash on June 3, 2019 and stands by with the families of the victims. May their soul rest in peace,” the Air Force said in another tweet.

The IAF on June 11, eight days after the aircraft went missing, had announced that it had found parts of its wreckage, around 16 km north of Lipo in Arunachal Pradesh.

Search and rescue operations had been hampered due to the difficult terrain, incessant rains and bad weather.  A 15-member team of rescuers was airlifted close to the crash site on June 12, to look for possible survivors.

Nine personnel from IAF’s mountaineering team, four from the Army and two civilian mountaineers were dispatched a day after the wreckage of the aircraft was located by an IAF Mi-17 helicopter, at a height of 12,000 feet near Gatte village on the border of Siang and Shi-Yomi districts in Arunachal Pradesh, following an eight-day-long, multi-agency search.

In the morning, the civil authorities had deployed three more mountaineers to the crash site. The area is thickly forested and has been receiving heavy rains since the last three days.

The aircraft had gone missing on June 3, hours after it took off from Jorhat, Assam for Menchuka Advance Landing Ground (ALG) in Arunachal Pradesh.

The Antonov AN-32 is a twin-engine turboprop military transport aircraft. IAF was the launch customer for this aircraft, manufactured by Antonov. Antonov was a Soviet, and later a Ukrainian, aircraft manufacturing company. (UNI)