The recent Hyderabad Police Encounter of the alleged rapists and murderers of the Veterinary doctor Dr. Priyanka Reddy has made the country happy. In fact many are jubilant. Voices from the parliament were also in strong support of ‘lynching’ ‘quick justice’, ‘shoot at sight’ and ‘castration’. Some even have demanded to hand over the alleged rapists to people so that the ‘mob’ can give justice on the street. It is now clear that a huge trust deficit in the constitution and the law of the land is reaching unmanageable proportions. No surprise that we want more such encounters.

Let’s find out what is an encounter? The English word ‘encounter’ in itself is a misleading word in this context. Encounter simply means meeting either by chance or by choice. The word ‘police encounter’ is an Indian English word having no equivalent in British or American English. They simply use ‘police shootings’.

Police encounter in India refers to the fatally injuring or killing of an alleged or dreaded criminal or a terrorist by the police usually in the context of self-defense. Police use firepower in response to the (alleged) attack of the alleged/dreaded criminal or a terrorist. Self-defense is used as a justification. Not that everyone in the police department does ‘encounters’. Units like Special Cells and Anti-Terrorism Squads (ATS) have emerged specializing in encounters. The phrase ‘encounter-specialists’ is much popular for their larger than life images both in films and in majority public imagination.

There have been several such police encounters in recent times and most often the police have received the support of the public. Questioning the police encounter and doubting have become rare and if one does so, has to be ready to hear and bear abuses, personal attacks, and name callings. Especially, if you are a man questioning the police encounter in the context of a rape and murder case, then you will be labeled as a ‘rape sympathizer’, ‘anti-police’, ‘pro-criminal’ and whatnot. So many reflective voices have chosen not to speak or raise any question on police behavior.

Many celebrities, political leaders, former judges, public intellectuals and former police leaders have hailed the move by the Hyderabad Police terming it as ‘heroic’, ‘justified’, ‘need of the time’, ‘a model to follow’ and ‘a wake-up call for all police departments’ in the country etc.  This has become a good encounter to learn from.

The crime is horrific and absolutely terrifying, it’s in the backdrop of a national demand for immediate justice, it’s efficiently executed by the police especially after the alleged culprits were in police remand where they purportedly have confessed to their crime and at last, the alleged culprits were audacious enough to attack the police and prevent them in carrying out their public duty. Killing these four was a good necessity. It has all the ingredients to make this a good encounter. It was, in fact, a very good encounter.

Due process of law continues to fail in producing results. The courts take years to deliver justice. But Encounters produce instant results. They deliver quick justice. Encounters minimize the expense of the tax-payers money. Encounters minimize the burden on the judiciary, on the prisons and also give quick satisfaction to the victim’s family and friends. Drawing from P Sainath’s famous book title ‘Everybody Loves a Good Drought’, one can argue that ‘Everybody also loves a good encounter’ as everybody seems to gain in the process and everybody seems to be happy.

The author is a well-known crime reporter of Odisha, now researching on the challenges before the criminal justice system of India. His book Everybody Loves a Good Encounter will be published in 2020. Mobile: 9937227994, Email: dattadeba.dash@gmail.com 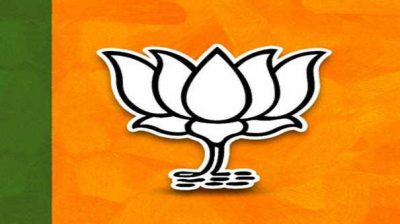