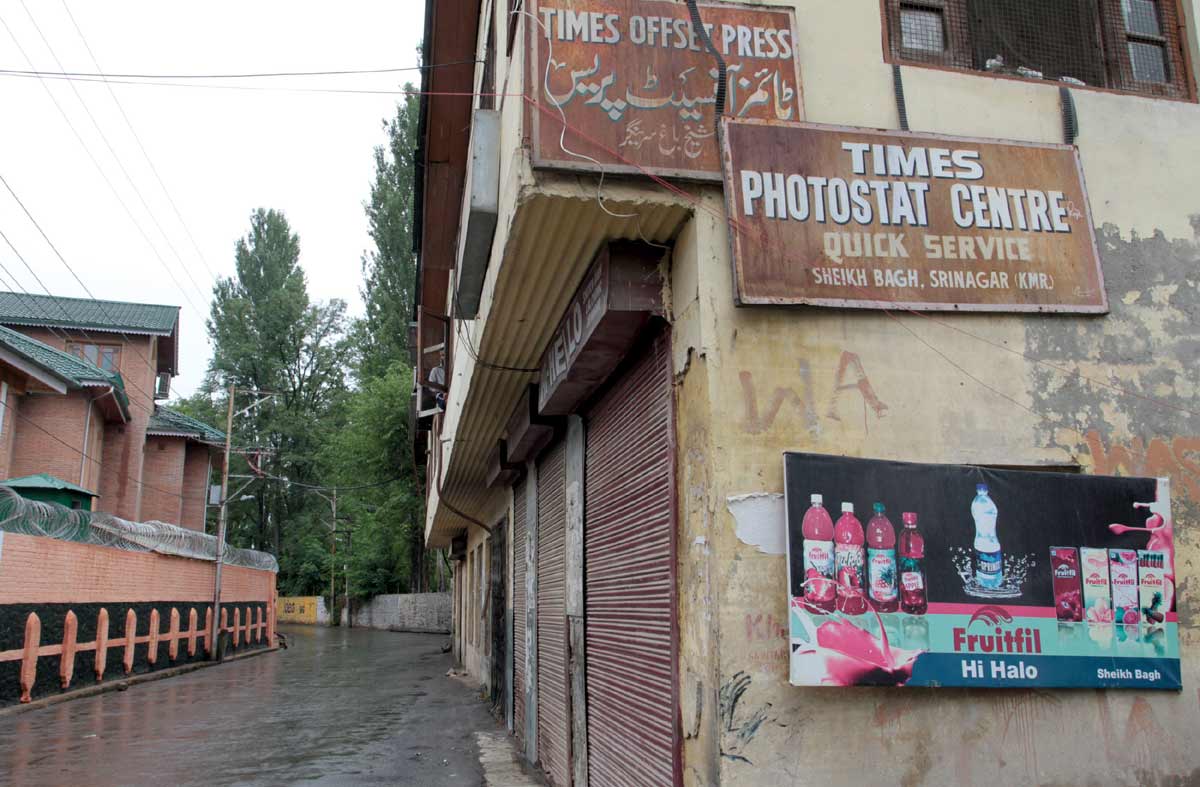 The local media houses either remained closed or reduced the number of pages published in Kashmir valley in the wake of communication gag, including suspension of landline, mobile and broadband, continued for the eighteenth successive day on Thursday.
The media sector was one of the worst hit sectors due to the gag on all means of communication, including suspension of landline, mobile phone and broadband services in the valley since August 5, when Article 370 and Article 35 A, which gave special status to J&K, were scrapped by the Centre.

Normal life remained crippled as shops and business establishments remained closed and traffic was off the roads for the 18th successive day on Thursday due to restrictions imposed by authorities and a strike. The gag on all means of communication has further added to the woes of the people, who are finding it difficult to get in touch with their family and friends not just outside the valley, but within as well due to restrictions and strike.

Meanwhile, majority of the English and Urdu newspapers went with US President Donald Trump’s mediation offer report on Thursday in the valley. ”Trump once again offers to mediate on Kashmir,” read the lead story on one of the local newspapers.

Officials said the services were suspended as a precautionary measure to prevent spreading of rumours. However, besides adding to the spreading of rumours in view of non-availability credible means of information, the communication gag has badly affected the lives of the local population in the valley.

Due to non-availability of any means of communication, majority of the local media houses, including both English and Urdu, have either completely shutdown publications or reduced the number of pages published.

”We are finding it hard to verify and report incidents in the valley due to the communication gag. I work for a national media house and was unable to even communicate with by head office in Delhi for about a fortnight,” a journalist, who wished anonymity, told UNI.

He said despite authorities setting up a media centre with four computers with internet access, it is difficult to work with such limited resources. ”There are only four computers with internet access and hundreds of people await their turn to use the computers. Another aspect is that we are not able to get in touch with our sources on ground and in the administration. Even to get the official version or to confirm an incident, we have to physically go to that particular officer. So it is difficult for us to file stories in such situation,” he added.

Similar views were expressed by other journalists, who work for local, national and international media houses. (UNI)