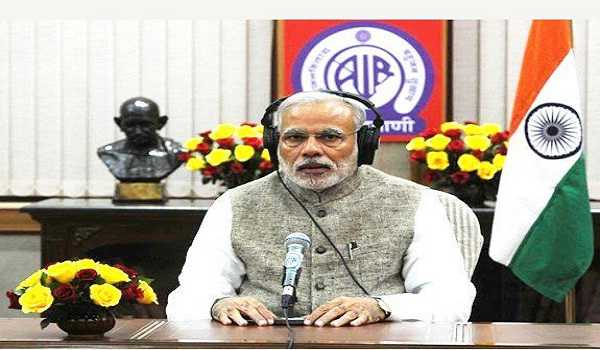 Prime Minister Narendra Modi on Sunday resumed his monthly radio broadcast programme ‘Mann Ki Baat’ and said the unique programme is like a ‘mirror’ to India’s social life and shows the people’s resilience power and talent to achieve higher milestones.

Stating that he has missed the programme much during the poll period as last episode of Mann Ki Baat programme over All India Radio was on February 24, Prime Minister said in between, many people had raked up his visit to Kedarnath caves and also politicised the same.

“….But I will not reveal many things today, however, I want to tell you that perhaps in that solitary cave, I got an opportunity to fill the vacuum caused due to the long gap of Mann Ki Baat. As I undertook Kedarnath journey, perhaps I could meet my inner self,” the Prime Minister said.

Modi gave a clarion call to citizens urging people from all walks of life including the celebrities to those performing folk music to launch a nationwide campaign on water conservation.

The special radio broadcast was listened to by BJP chief and Union Home Minister Amit Shah at Kakrola stadium in Dwarka area in the capital.

The Prime Minister said the fact that over 61 crore Indians exercised their franchise in the general elections this year showed that was the largest democratic exercise in the world and maintained that the mere scale of it should make Indians feel proud.

“In a remote area of Arunachal Pradesh, just for one voter, a booth was set up….This is the power of democracy,” he said and congratulated Election Commission, security personnel and others for the successful conduct of elections in the country.

Modi made reference to the Emergency imposed by Indira Gandhi regime in 1970s and said: “When emergency was imposed, resistance against it was not just in political circles or politicians; the movement was not limited to the jails. There was anger in the conscience of everyone”. (UNI)