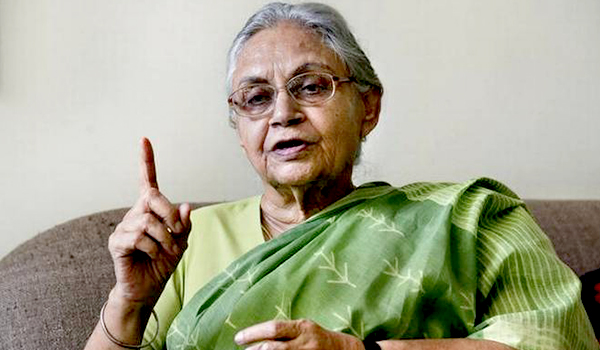 Former chief minister of Delhi, Sheila Dixit passed away today after a prolonged illness. She was 81.

Sheila Dixit who remained at the helm of affairs in Delhi as the chief minister for three consecutive terms. Dixit had always remained at the centre stage for long and played a significant role in the development of Delhi.

Dixit, as a Congress leader was not only tall by her political stature and acumen but her demise has surely created a void in the national politics.

She was also a minister in the Rajiv Gandhi government in 1984 and she has always left her footprints in Indian politics as a Congress leader and a human being also.

In 1984 she made her political entry by winning the Lok sabha election from Kanauj and later became a union minister. After that, Dixit never looked back and kept climbing on the ladder of fame and popularity leaving a lasting image of her own which has rare match in the Congress party.

She breathed her last at a private hospital on Saturday.