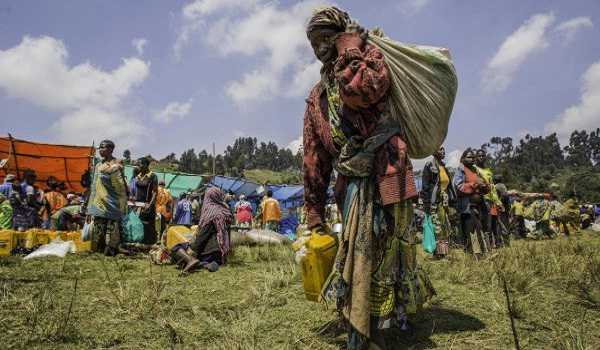 The UN Security Council (UNSC) has unanimously adopted a first of its kind resolution calling on countries to actively search for people reported missing after armed conflicts.

“[The resolution] calls upon parties to armed conflict to take all appropriate measures, to actively search for persons reported missing, to enable the return of their remains, and to account for persons reported missing without adverse distinction and to put in place appropriate channels enabling response and communication with families on the search process,” text of the document revealed on Tuesday.

The issue of persons reported missing after armed conflict is of critical concern due to the growing number of new cases in recent years, International Committee of the Red Cross (ICRC) president Peter Maurer said during the UNSC open debate.

“I have to report that the ICRC has observed an alarming increase in cases in recent years. In 2018 alone over 45,000 new cases were registered by the ICRC’s Central Tracing Agency – the neutral entity mandated by the Geneva Conventions. We know this figure is the tip of the iceberg and does not convey the true extent of the problem nor do justice to the suffering of each and every family,” Maurer said.

The first ever resolution also calls on parties to armed conflict to take efforts to prevent individuals from going missing, pay the greatest attention to cases of children reported missing, ensure thorough and impartial investigations and prosecutions into such cases, as well as to search and recover the dead as a result of armed conflict.

The implementation of the resolution was a necessary step taking into consideration the scale of the problem and the number of persons reported missing in conflicts globally, United Nations Office for the Coordination of Humanitarian Affairs (OCHA) Director of the Operations and Advocacy Division Reena Ghelani pointed out after the adoption of the draft document.

“There is no comprehensive figure for those missing in conflict, but we know enough that the situation is dire. For example, more than 10,000 cases of missing persons have been opened by the ICRC in relation to the Syrian conflict,” she said, delivering the remarks on behalf of OCHA Emergency Relief Coordinator Mark Lowcock.

Throughout the text of the resolution, the UNSC also asks UN Secretary-General Antonio Guterres to incorporate the issue of missing persons as result of armed conflict in his reports on the protection of civilians and annually brief the council about policies undertaken by parties in the implementation of the document. (UNI)