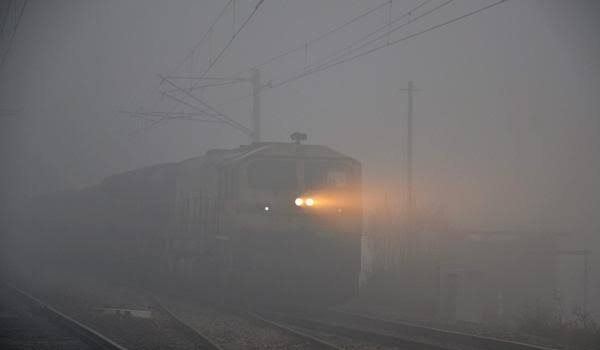 New Delhi, Jan 3 : At least 19 Delhi-bound trains were delayed by two to seven hours due to dense fog in several parts of northern India, railway officials said on Friday.

Running late by three hours and 30 minutes was the Katra-Manglore Navyug Express, followed by the Howrah-New Delhi Poorva Express which was delayed by three hours.

On Thursday, 21 Delhi-bound trains were delayed.