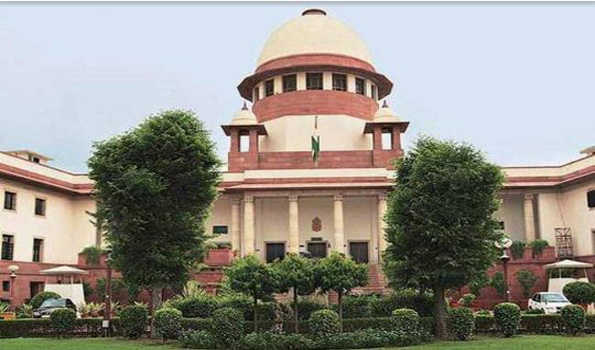 New Delhi, Nov 9 (UNI) While noting that the Supreme Court has sought to end the Ram Janmabhoomi-Babri Masjid land dispute case in Ayodhya through its order on Saturday, the Left parties, however, said, “certain premises of the judgment questionable”.

“By this order, the five-member Constitution bench of the Supreme Court has sought to end the dispute which has been utilised by the communal forces and resulted in large-scale violence and loss of lives”, said Polit Bureau of Communist Party of India-Marxist (CPI-M) in a statement.

The party, however, said, “While this judgment has provided a judicial resolution to this fractious issue there are certain premises of the judgment which are questionable”.
Earlier in the day, the apex court gave its verdict on the long standing dispute in Ayodhya.

The Court has ruled to hand over the 2.77 acre disputed land to the Hindu side for the construction of a temple through a trust. It has directed that an alternate plot of five acres be allotted to the Sunni Wakf Board for the construction of a mosque.
Pointing out to the judgement that the demolition of the Babri Masjid in December 1992 was a violation of law, the CP(M) also said that the cases pertaining to the demolition should be expedited and the guilty punished.
“The Court has also appreciated the 1991 Places of Religious Worship Act. Adherence to this law should ensure that no such disputes on religious places are again raised and utilised”, the Left party added.
In a separate statement the Communist Party of India (CPI) said that the judgment marks an end to a legal battle going on for decades.
“While upholding that all faiths are equal, the Apex Court has delivered this reconciliatory judgment”, the CPI said and added that ” this should be seen in the larger perspective of ethics, justice and secularism.”
“This should not be seen as a victory to any party or litigant and in the prevailing situation nobody should resort to any provocation”, the statement added.