Babri demolition anniv: Muslims to continue Yaum-e-gam but Hindus only to light diyas 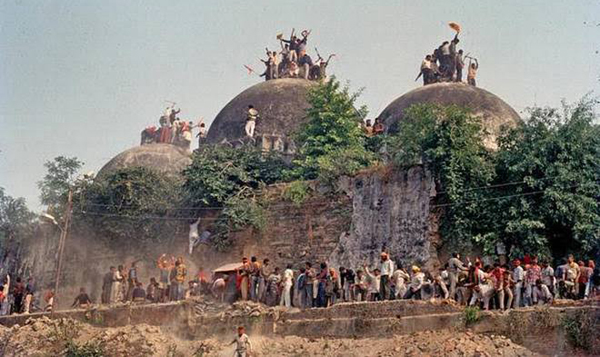 Ayodhya, Nov 29 Hindu organisations have decided to skip the Shaurya Diwas and just light diyas to celebrate the demolition of Babri mosque on December 6 though the Muslims would continue to observe this day as Yaum-e-gam (day of sorrow).

Vishva Hindu Parishad (VHP) spokesperson Sharad Sharma on Friday said, ‘Since the top court has given the verdict in favour of the Ram Mandir, we have decided to mark the day by lighting lamps across the temples of Ayodhya”.

The VHP, along with its affiliate organisations, has been observing Shaurya Diwas on December 6 every year since the Babri Masjid was demolished on this day in 1992.

This would be the 27th anniversary of the Babri demolition when after the Supreme Court’s judgement, the entire disputed area has been given for the construction of the Ram Temple at Ayodhya on November 9.

President of Anjuman Muhafiz-Masajid wa Maqabir (organization to protect mosques and mausoleums) Haji Mahboob,who is also one of the litigant in the Ayodhya title suit, Haji Mahboob said here on Friday that the mourning session will be held in the morning of December 6 for which senior Muslim leaders, including Asaduddin Owaisi and Zafaryab Jilani have been invited.