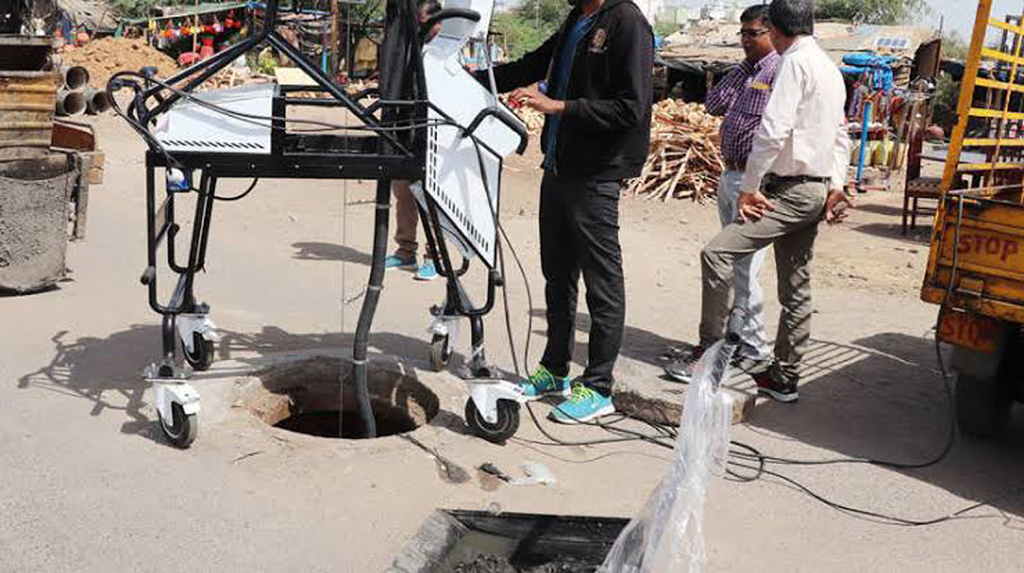 Lucknow: Human scavengers will soon be replaced by Bandicoots – the manhole cleaning robot – in Lucknow.

The first of the five ‘Bandicoots’ recruited for the purpose were dedicated to the people by minister for urban development Ashutosh Tandon and Mayor Sanyukta Bhatia on Thursday.

The Lucknow Municipal Corporation (LMC) has worked out an arrangement between two private companies as a pilot project under the Smart Cities Mission.

Officials at LMC said that the job of cleaning of drains in the city has been delegated to the Indian firm of Suez – a French-based utility company that operates largely in the water treatment and waste management sectors – and a Kerala based start-up Genrobotics to procure Bandicoot.

The partnership aims at complete elimination of human intervention while cleaning manholes.

Mayor Sanyukta Bhatia said, “It is a step towards ending manual scavenging. If successful, the model would be replicated and expanded.”

Marketing and business development, Genrobotics, Devesh Sharma said: “Bandicoot is successfully being used by eight states including Tamil Nadu, Andhra Pradesh, Maharashtra, Telangana, Haryana and Punjab. The robot was designed to end the evil of manual scavenging from India.”

Manual scavenging was banned 26 years ago after the Employment of Manual Scavengers and Construction of Dry Latrines (Prohibition) Act, 1993 but the practice still continues.

There have been countless deaths when human scavengers have inhaled poisonous gases inside manholes.

Sharma said, “Those who clean drains may be skilled but not aware of a number of facts and the gap costs their life. Many scavengers have little idea that human excreta and urine residue can lead to a variety of diseases. As a result the workers risk infection.”

Different studies have shown that repeated handling of human excreta may lead to respiratory and skin diseases besides increasing the risk of anaemia, jaundice, trachoma, and carbon monoxide poisoning in the workers.

Officials at Suez India informed that the robot’s user interface was very simple and operating it was as easy as playing a mobile game. “It can do every action of a man can perform inside the manhole in fact it is better than them on many counts,” said an official.