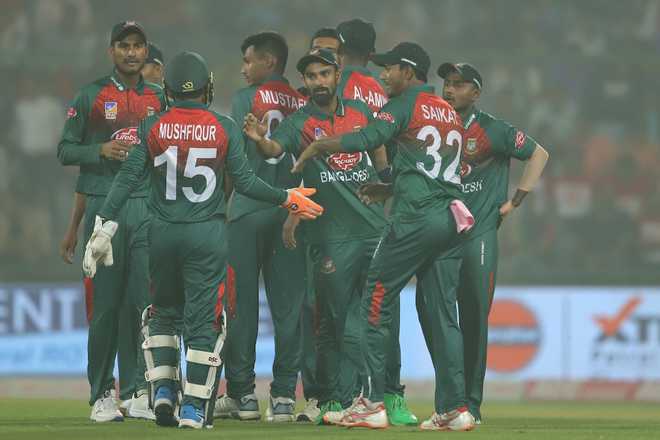 New Delhi, Nov 3 (UNI) Bangladesh on Sunday defeated India by seven wickets in the first T-20 International match here at the Arun Jaitley stadium, scripting first ever win against India in a T20.The match continued smoothly despite severe pollution level in the National Capital.India, which batted first, put up a decent total of 148 runs but the winning side were able to achieve it in the 19th over with three balls to spare. Bangladesh captain Mahmudullah hit the winning six on the last ball of the match.With this win, the Bangladesh is now leading the three-match series by 1-0.