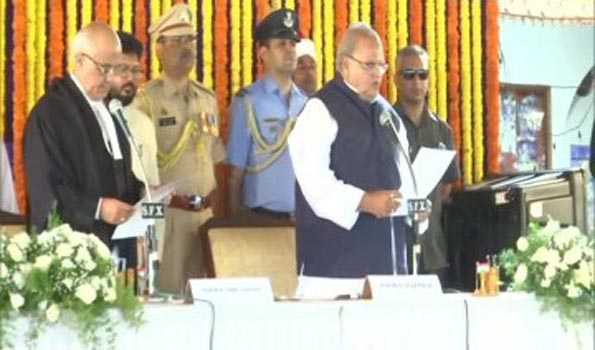 Goa Chief Minister Pramod Sawant, his cabinet colleagues, MLAs, government officers, among others, were present on the occasion. Mr Malik replaced Mridula Sinha, whose tenure expired on August 31, 2019. He had entered politics in 1965 inspired by the socialist ideology of Ram Manohar Lohia.

He served as the president of Meerut College Students Union in 1966. He was elected as the President of Students Union of the then Meerut University, now Choudhary Charan Singh University. And also elected as a Member of Uttar Pradesh Legislative Assembly contesting on the ticket of Bhartiya Kranti Dal from Baghpat Assembly Constituency and appointed as the Party’s Chief Whip in the Assembly in the year 1974.