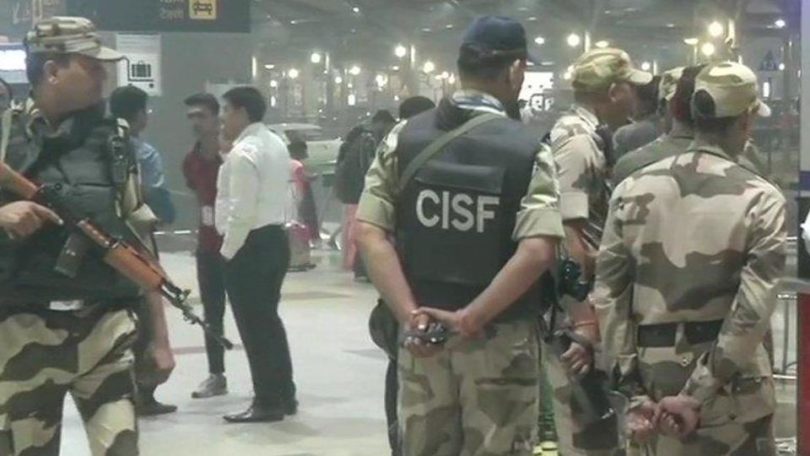 The CISF has confirmed that the unidentified bag found at the forecourt of arrival early Friday morning at Delhi’s Indira Gandhi International (IGI)Airport contained traces of explosives.

According to the Central Industrial Security Force officials, the suspect bag has been shifted to a cooling pit by the Force’s bomb detection team in a special vehicle and will be kept under observation for 24 hours before being defused as per the Standard operative Porceedure.

After 24 hours it will be opened to find out whether it is an explosives or something else, CISF said. “It is yet early to say that the bag contains some highly explosives like RDX”, the CISF officials further said.

The bag was found by the patrolling team of CISF who immediately informed the Force’s control room at the IGI airport and the preliminary investigation by the Bomb Detection team and dog squad had confirmed the traces of an explosives in the bag.

The security of the airport has been tightened up the CISF and other security agencies deployed at the IGI airport, Delhi, the officials added. (UNI)