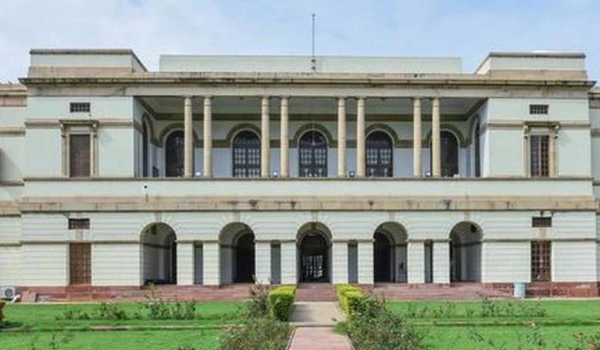 New Delhi, Nov 6 (UNI) Terming the Narendra Modi government’s decision to remove all Congress leaders from the committee of Nehru Memorial Museum and Library (NMML) society as ‘unfortunate’, the grand old party on Wednesday said the move was ‘politically motivated”.

“This is disappointing. Those who are reluctant even in taking name of Pandit Nehru, they today have taken over the Nehru Memorial society and those who live with the values of Nehru ji have been thrown out”, said Dr Karan Singh, who, along with other Congress leaders Mallikarjun Kharge and Jairam Ramesh, was removed from NMML society.

Kharge, who was the leader of opposition in the last Lok Sabha, said the Modi government’s decision was politically motivated and added that such prestigious institutions should not have a place for politics.

“Karan Singh was attached with the society for almost five decades and he is very much attached to it. He is a person, who has interest in culture and literature. By removing him, it shows that the government’s decision was politically motivated, which is not good and people will not appreciate”, said  Kharge.

“Jairam Ramesh is also a keen scholar and he should not have been removed from it”, said  Kharge, added that the Congress was not against the inclusion of more people in the society, but the government should not have removed people who knew the first Prime Minister of the country.

Rajasthan Chief Ashok Gehlot also condemned the move and said the government will not be able to do away with Nehru’s legacy by removing Congress members from the society.

“It is very unfortunate that the government has restructured it by removing the scholars. All members who believe in Nehru’s ideology have been removed from it. The government cannot succeed in erasing Nehru’s legacy by making such things”, he said.
The government reconstituted NMML society under the leadership of Prime Minister Narendra Modi.