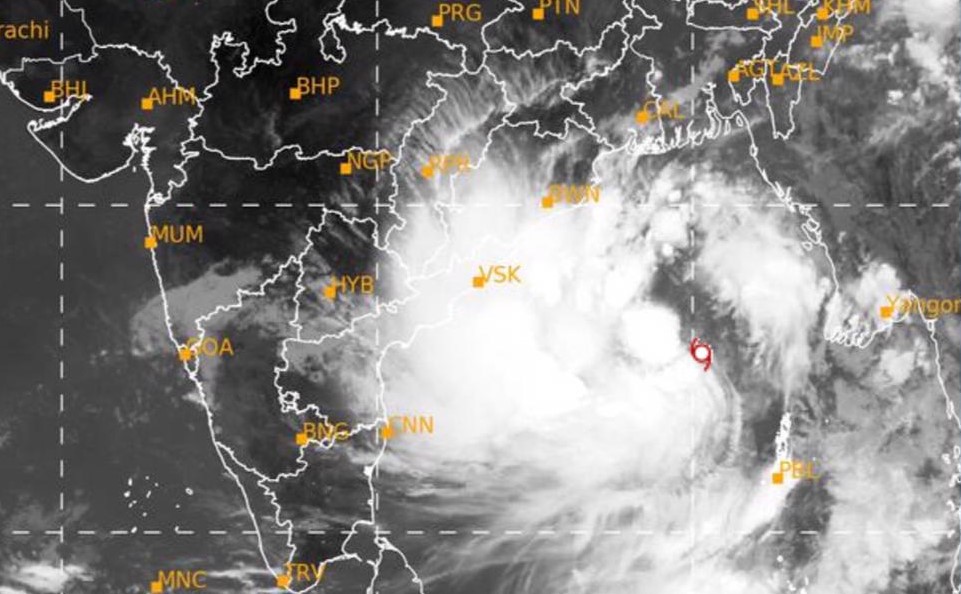 New Delhi, India Meteorological Department, IMD has said that the Cyclonic storm Yass is very likely to move north-north-westwards, intensifying further into a very severe cyclonic storm during the next six hours. It would continue to move north-north-westwards, intensify further and reach near north Odisha coast close to Dhamra port by tomorrow early morning.

IMD has said, it is very likely to cross the North Odisha and West Bengal coasts between Paradip and Sagar Island close to north of Dhamra and south of Balasore during tomorrow noon.

India Meteorological Department has said that the Cyclonic storm Yaas over northwest and adjoining west-central Bay of Bengal moved north-north-westwards with a speed of about 15 kilometres per hour during the past six hours.